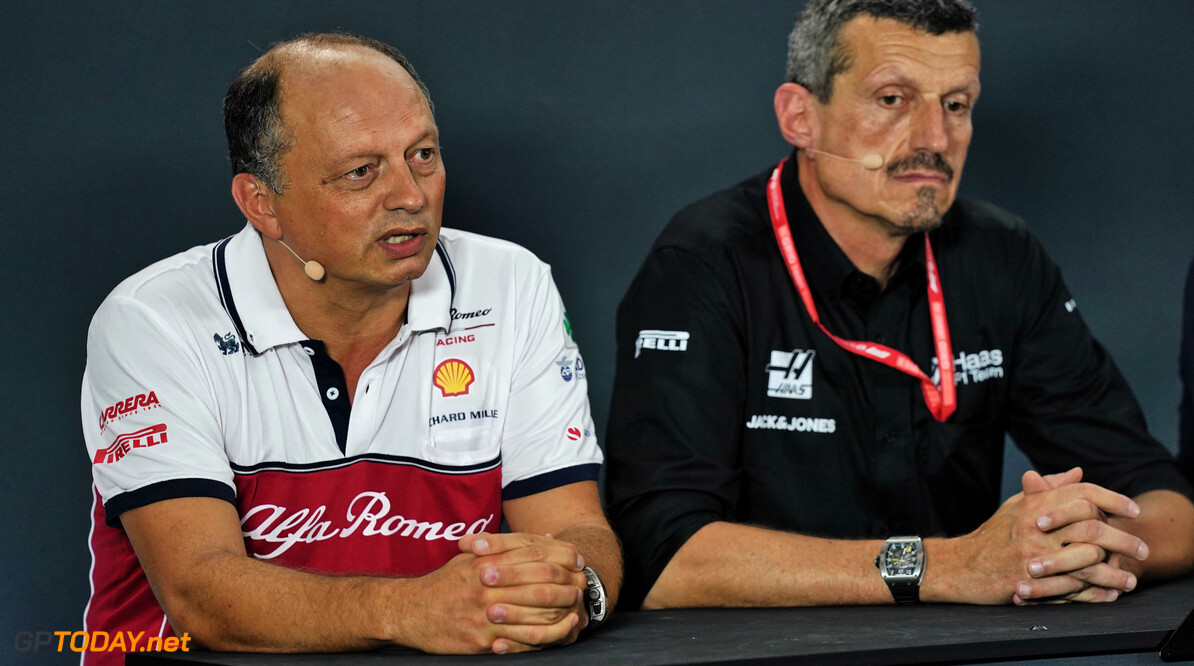 Haas team principal Guenther Steiner says the team would be better to stay at home rather than give up the fight for eighth in the constructors' championship this season.

Haas has struggled for most of the year, as its race pace has been hit by a problem that it has had difficulty solving, reverting to the Australia-spec car for Romain Grosjean for a number of rounds midway through the season as it worked to understand the problems.

Last time out in Russia, Haas secured its first points since the German Grand Prix, as Kevin Magnussen crossed the line in eighth place before being demoted one position due to a time penalty.

Steiner admits that it will be "tough" to jump Alfa Romeo in the final rounds, but insists the team will try all that it can.

"The hope is the last to die," Steiner said. "It will be tough, but we will be trying. If you say you cannot do it then the best would be to stay at home.

"We can't slip to P10 at the moment but we will still be trying. If you have nothing to fight out there, I wouldn't say it's no fun, it's not motivational to go here and just go around in circles.

"There are better things to do in life than that."

Steiner denies that failing to finish P8 will have a lasting effect on the development of its 2020 car, but understands that it will receive less prize money, which is difficult to manage.

"If you lose out on big money like this, you always have to put your thinking hat on and think 'how not to waste money next year'.

"But it's not an existential problem, but for sure it's not like 'yeah, it doesn't matter'. It is something between, we need to manage it, but it's never a nice thing to manage, less money."