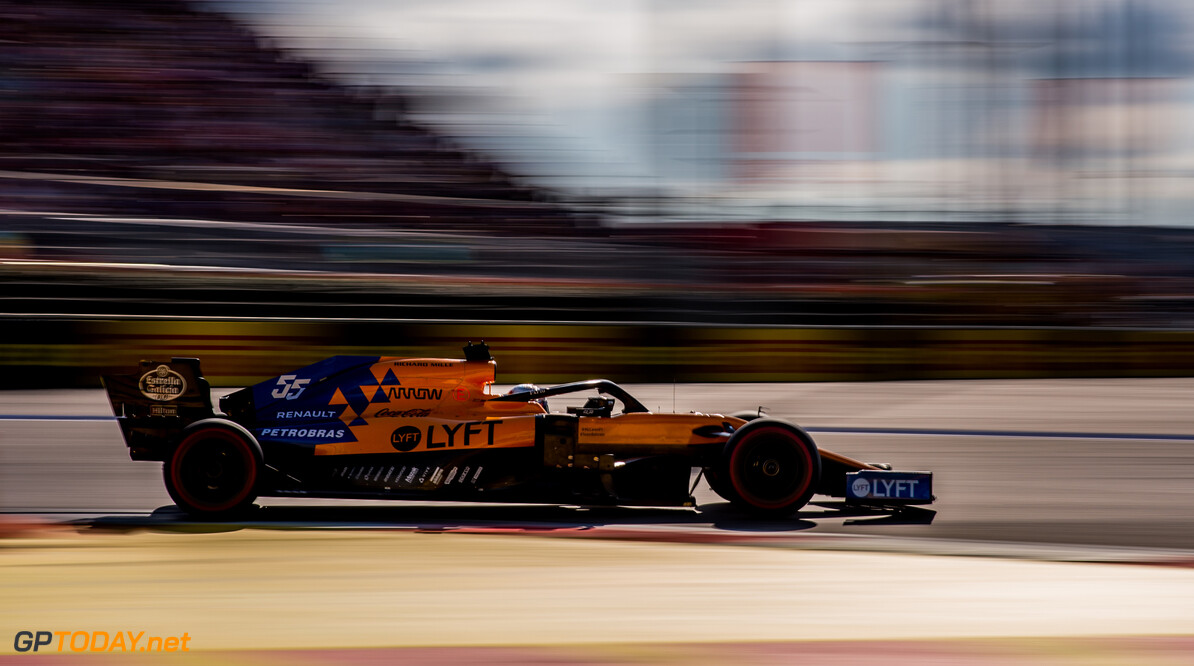 Sainz found it 'fun' to battle leaders on opening lap

McLaren">McLaren's Carlos Sainz says he found it '"fun" to battle the front running teams during the opening lap of Sunday's Russian Grand Prix, but remembered that it was not ideal to fight cars clearly faster than the McLaren.

Sainz got as high as third on the opening lap after briefly out-dragging Lewis Hamilton to turn two, and ran in fourth position ahead of Valtteri Bottas for a handful of laps before being passed by the Finn under DRS in turn two.

"[It was a] very good start, which was fun to race the leaders into Turn 1," Sainz commented.

"I know with my good starts this season I would have a chance I just need to nail another good start and give myself a chance to fight with the Ferrari's and the Mercedes and that was exactly what happened. It was a nice way to start and a nice way to motivate yourself."

"For the whole race there was good pace, good management of the tyres and the whole strategy and we finished the best of the rest which is obviously what we wanted."

Despite running so high in the standings, Sainz also said of the importance of focusing on the team's own battles and not trying to battle faster cars as McLaren look to deny engine suppliers Renault to fourth position in this years constructor's championship.

Sainz eventually finished best of the rest in sixth, while teammate Lando Norris crossed the line in eight position.

"Unfortunately to be able to fight a Mercedes or a Red Bull I think we will need at least another half a second to make it worth it," Sainz added.

"Because at the moment you could lose one or two seconds of your race time and with such a fast car like Perez coming behind on the straights I didn't want to let him get DRS while battling with Albon because the Racing Point is very fast in a straight line."

"So there is still a bit to do there. If it was the last lap of the race then no doubt I would have been a lot more aggressive but today after a few tough races, it was worth it to get the points on the board."