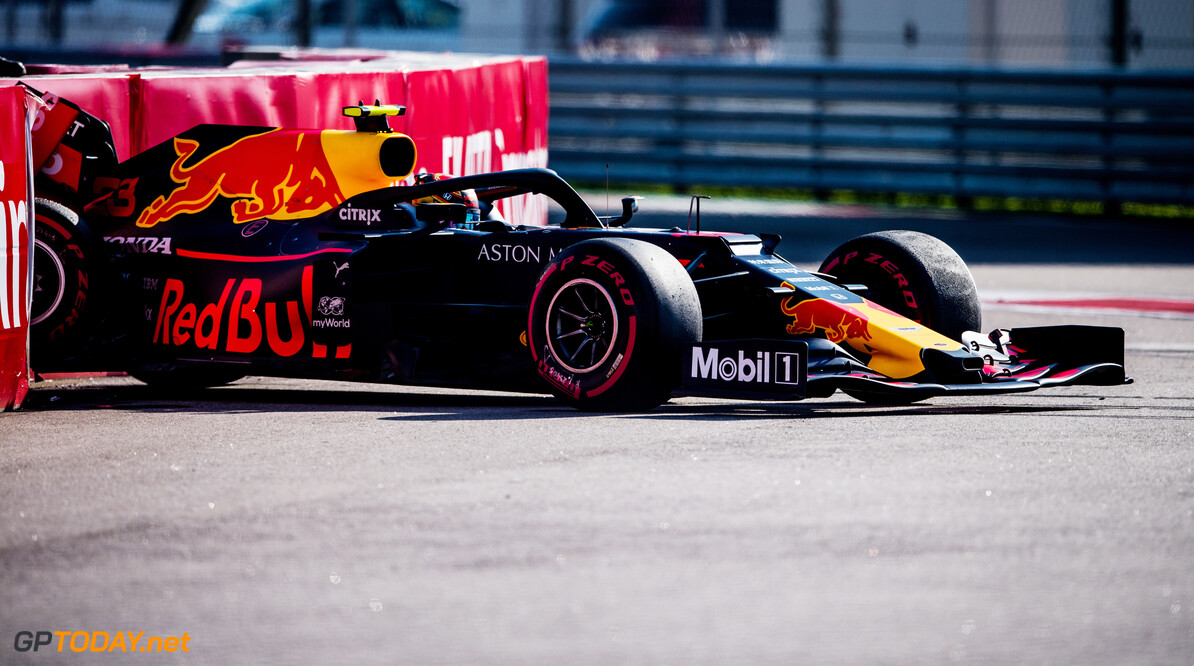 Albon thought he could get away with deep braking before crash

Alexander Albon says he was caught out by wind during his Q1 hot lap and thought he could get away with braking deep before crashing out of the session.

The Thai-British driver will start the Russian Grand Prix from the rear of the field after he was eliminated in Q1. Albon found himself in the barriers at Turn 13 as he was attempting to improve on the lap time he had previously set.

However, the crash put him out of the session and ensured his starting point at the rear of the grid on Sunday.

"I was caught out with the wind, it was tricky out there and I just went in a bit deep," Albon told media including GPToday.net. "I thought I'd get away with it, or else I would have aborted the corner and went to the escape road.

"But I tried to keep the corner and just lost the rear. With a tailwind through there, it's not easy and the wall is very close on the exit so unfortunately that was that."

With Red Bull set to choose between Albon and Pierre Gasly for a 2020 seat alongside Max Verstappen, Albon denied that he is feeling pressure, which resulted in the crash.

"I wouldn't say that I'm under pressure with the seat. To me its just chance more than anything else.

"Making a mistake is not helpful, just in terms of making the mistake. I'm more disappointed about the result of crashing more than anything else."

Albon missed out on a lot of running in FP2 on Friday as the team repaired his floor which became damaged after he drove over a kerb.

The 23-year-old confirmed that he worked on his race pace during the final practice session on Saturday morning, and was encouraged by the times.

"Starting at the back is never great, I've done it a few times this year," he said. "But it's a good track in terms of fighting and being able to overtake.

"It's not a track like Singapore, for instance. So we'll see, we can now choose our tyres so we will have a look at that and we'll see where we can be.

"I missed out on a bit of long-running in FP2 due to my floor damage. We did get a bit in FP3 and it did look quite good as well. So I'm not too worried, just got to make it work tomorrow."