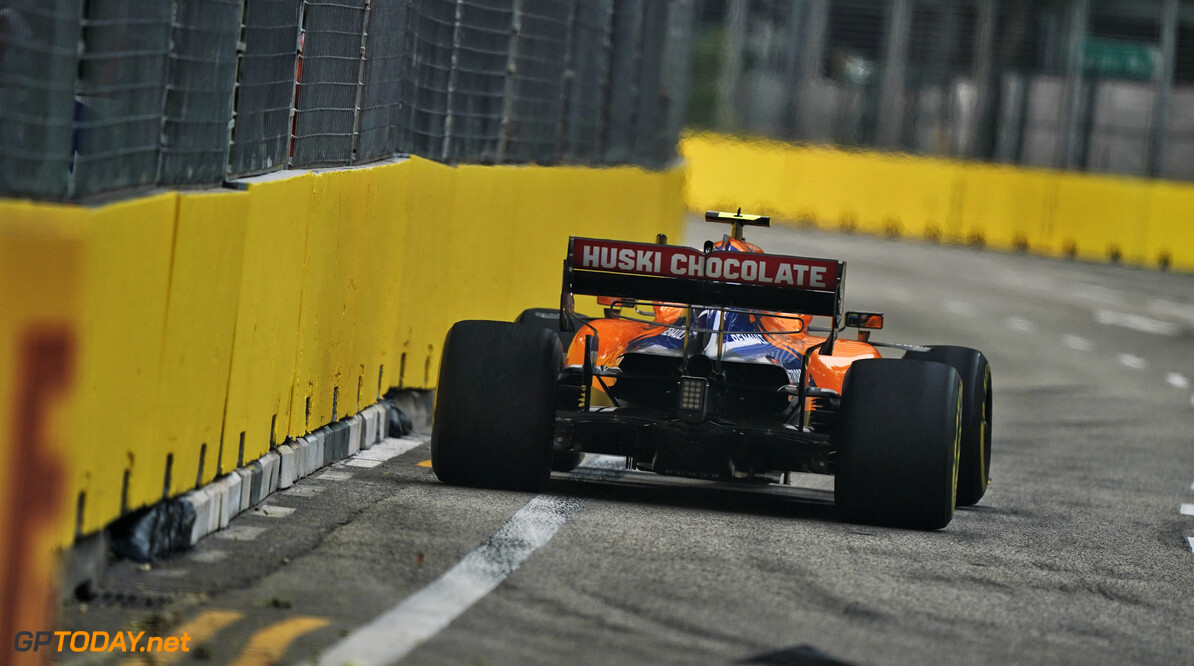 Both Carlos Sainz and Lando Norris of McLaren stated they enjoyed positive days on Friday, but are still searching for more pace within the car.

Sainz ended the second practice session in seventh place at the head of the midfield group, while Norris was ninth after his first day of driving the Marina Bay Circuit.

Sainz says that there is still work for McLaren to do to understand the soft tyre, which will be the favoured compound during qualifying on Saturday.

"I think we can happy with the position, with the car and the feeling maybe not so much," Sainz said. "And in Singapore, Friday practice is probably the least representative. Many people improve a lot on Saturday, so we'll see what we can do tomorrow.

"We still need to understand the soft tyre, which here is very difficult because here it gives you a lot of rear grip and sometimes it's difficult to rebalance the car."

Norris added that he doesn't think it's worth looking into where the team lies on the timesheets, but is nevertheless encouraged by his low-fuel pace.

"There are some things to improve on, every lap I did I was getting a bit more confident, especially in the low fuel because that's when everyone starts to get quicker.

"The high fuel, there's so much tyre drop-off, you're not cruising, you're just going a whole lot slower.

"The more important stuff is the single lap pace and getting to know the braking points and everything when the car is on the limit.