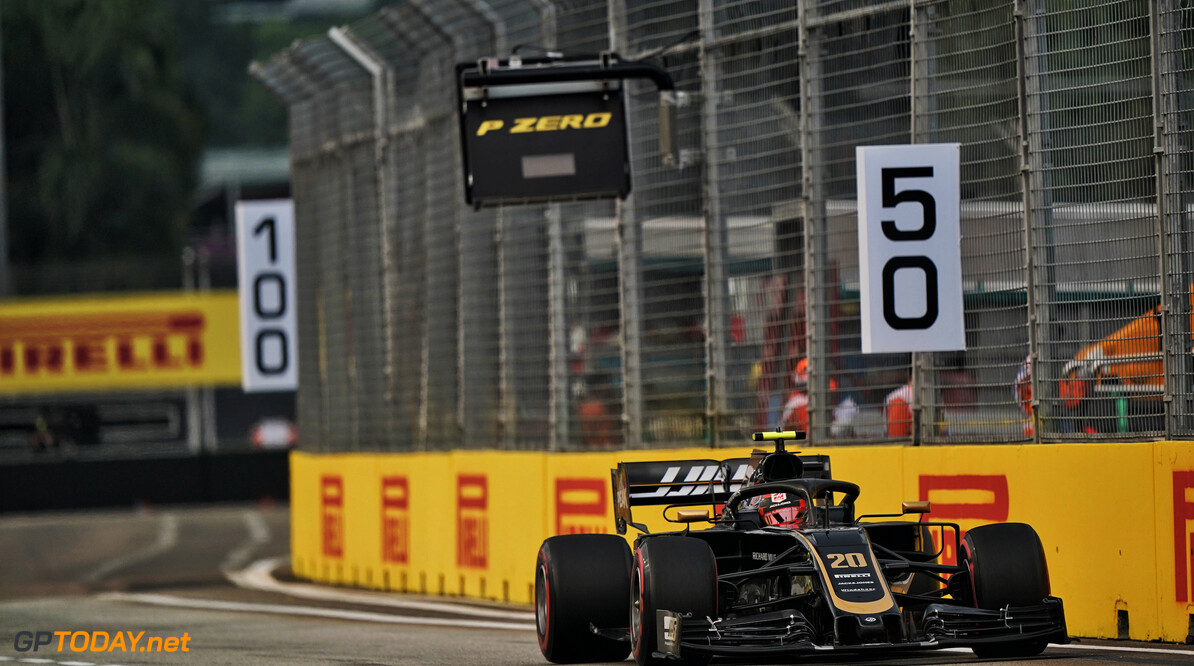 Kevin Magnussen believes the incident between himself and Sergio Perez was "an accident" on Perez's half.

Magnussen was squeezed into the wall on the exit of Turn 21, as he pulled out from behind a slow-moving Perez to start a hot lap, only to find Perez doing the same thing.

Magnussen sustained no major damage and Perez was reprimanded after the session. The Dane says he believed he was being invited through as the Racing Point driver was not on the racing line.

"He moved away from the racing line as if he was pitting or letting me by or something," Magnussen said. "Then I went on the power and when I was alongside of him, he closed the door.

"I hit the wall, but I don't know what was his perspective. I don't know if he went off line by accident because he was focusing on something else or whatever, but he did go off the line.

"I stayed on the line, went on the power to start the lap and got pushed into the wall. But I'm expecting that it was an accident."

Magnussen understands that's a gentleman's agreement to not overtake at the end of the lap to ruin another driver's lap remains in place but denies that he broke the unwritten rule.

"I would say that the gentleman's agreement is there, that you don't attack the guy in front," Magnussen stated. "But he moved off the line. You're not going to ask 'Are you sure? Are you sure you want to let me go?'

"I'm not going to appeal too much to the stewards for a penalty for something that happened in a practice session and had no real consequence. I don't care. Move on."