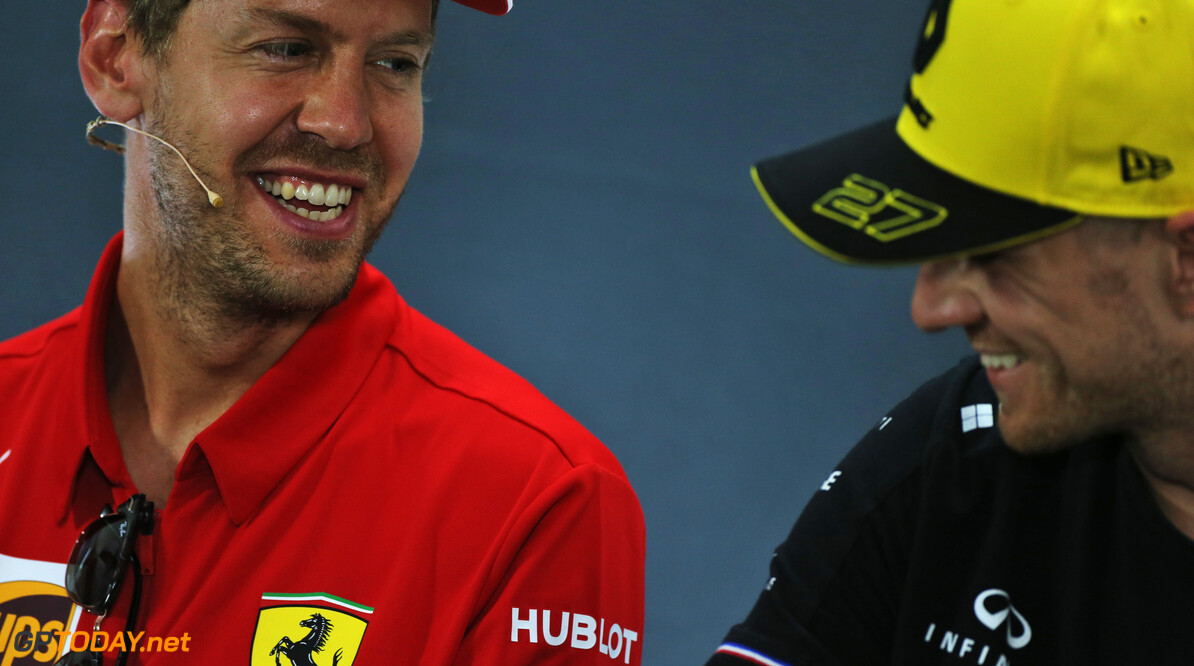 Sebastian Vettel is hopeful that his compatriot Nico Hulkenberg will find a race seat in Formula 1 for the 2020 season.

Hulkenberg lost his drive at Renault after the Enstone squad confirmed that Esteban Ocon, who is on the sidelines as Mercedes' reserve driver this year, would partner Daniel Ricciardo in 2020.

Hulkenberg has been at Renault since 2017, joining the team after a three-year stint at Force India alongside Sergio Perez.

MORE: Vettel close to one-race ban | Hulkenberg: Something had to give at Renault

The 31-year-old has been linked with a Haas drive for next year alongside Kevin Magnussen, and Vettel hopes that Hulkenberg can stay in the sport beyond the current season.

"Nico is the same age as I am," Vettel said. "I think we raced go-karts together. I don't believe that he's out, and I hope he finds a seat. The problem is that our sport is the best sport in the world."

Motorsport has become 'too expensive'

Vettel added that he feels it is extremely difficult for new racers to enter the sport due to how expensive the motorsport ladder has become.

"Our sport has always been expensive, but it has become so expensive that it's become nearly impossible for normal people to start racing, start to do motorsport at a young age," Vettel commented.

"Why? There's a couple of reasons but I don't want to start because I'd never end. In general, we have very strong championships in Germany, great infrastructure, good go-karts tracks and amazing circuits.

"But if you look at the grid, there are mostly people from abroad. There are not many Germans left. So I guess it's got to a point where it's where you need to be introduced to the sport, and that's the core problem."