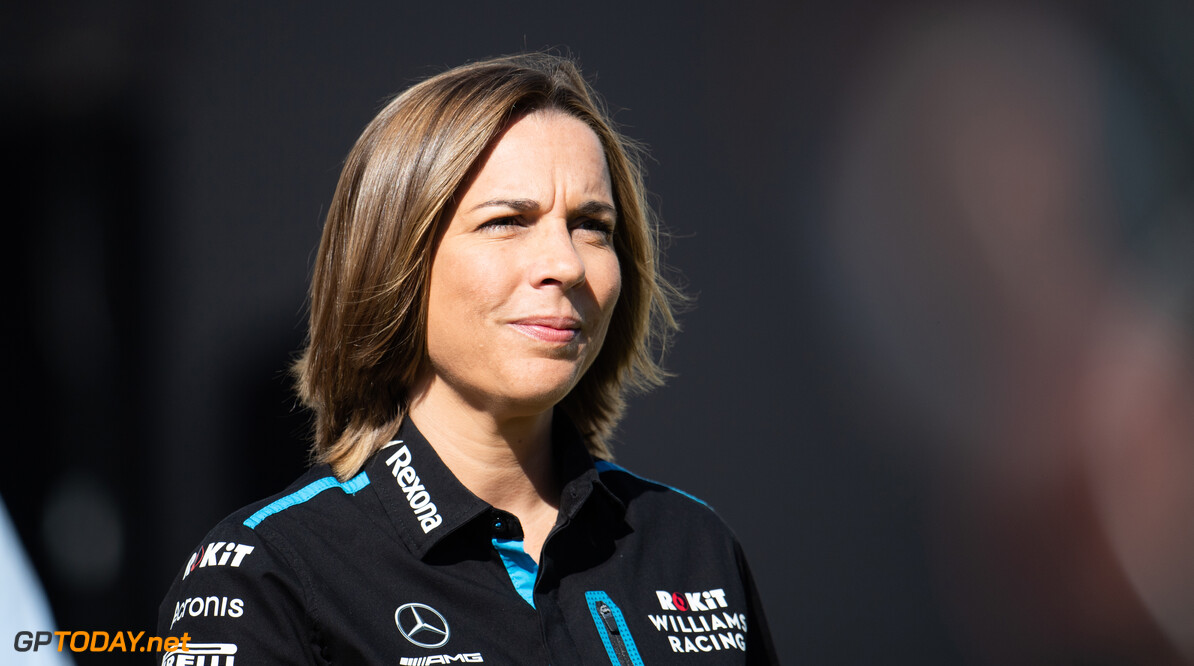 Williams: Lots of interest in Chadwick for 2020

Claire Williams says that the team will make a decision on W Series champion Jamie Chadwick's role within Williams once they have fixed their own driver line up for the 2020 season.

Although Chadwick hasn't revealed her own plans for 2020 she undertook a Euroformula Open Formula 3 test at Silverstone and has spent three race weekends with Williams.

Only last month Chadwick won the title at Brands Hatch with a prize of $500,000 to further her motorsport career. Before her successful season started she was linked with Williams in a development role.

She was described by Claire Williams an instrumental part of the Williams driver academy programme, which was created to try and help both the drivers and the team to develop.

"Jamie has been an instrumental part in that this year and when she comes to the races with us, when she's trackside she shadows basically, she watches what is going on in engineering briefings.

"She listens to the drivers, she obviously watches all the track action and she learns how a Formula 1 weekend operates.

"I think she's yet to announce her plans for 2020 but I know she's got a lot of offers on the table."

Claire Williams adds that Chadwick did an amazing job in the inaugural W Series and has the talent, personality and ambition to succeed and that it will take her a long way.

"As for our plans for Jamie, moving forward, we're obviously working out what we're going to be doing from a race driver perspective for 2020 at the moment, and once we've resolved that then we will start looking and thinking about the plans for the driver academy and who we have in there".