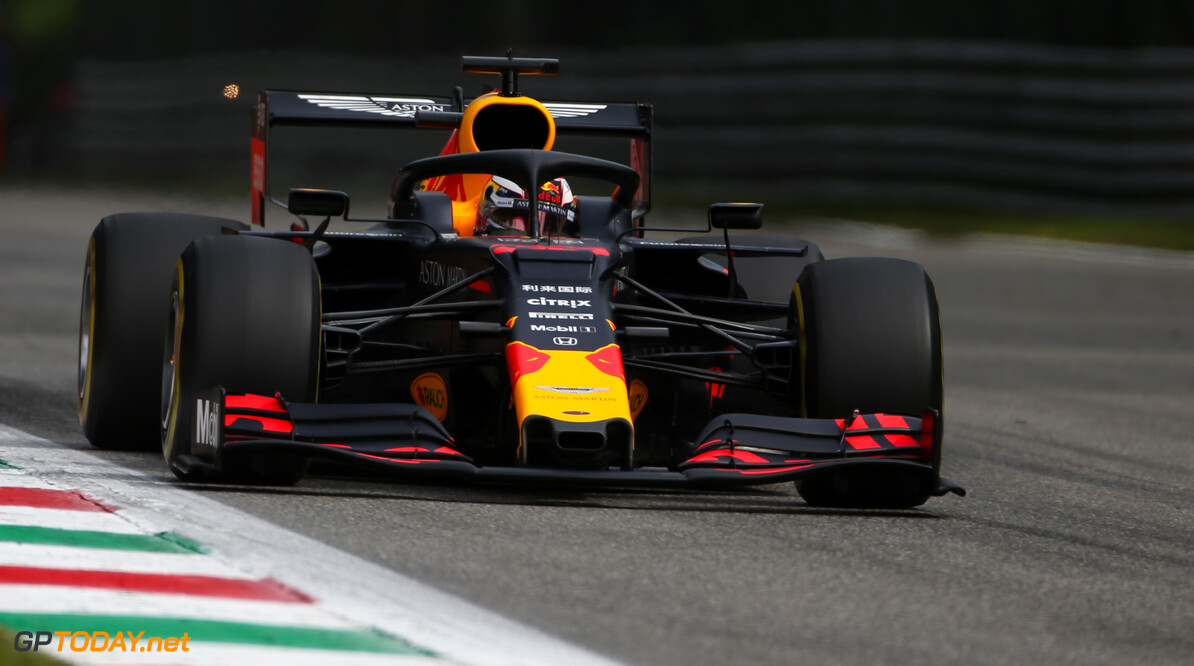 Max Verstappen has said that the midfield drivers 'almost stood still' at the start which led to the Dutch driver damaging his front wing and cutting the fist chicane.

The Red Bull driver started at the back of the grid due to engine penalties, and could only recover to eighth place due to pitting at the end of lap 1.

"It was not even late braking, just following, following..." Verstappen told Autosport after the race.

"Suddenly everything almost stood still. I tried to avoid it but I still clipped Sergio, I think, on the rear wheel and I think the front wing was a bit down so we boxed."

He also lost ground when cars around him were able to bit under the virtual safety car. Usually, 22 seconds is lost due to a pitstop, but under the VSC that is cut down to around 15 seconds. Verstappen went onto call the rest of the race as 'odd'.

"We had good pace. I got through quite a lot of cars, but then I got stuck behind Sergio. They had such a high top speed, I had no chance to get by," Verstappen added.

"Then I was unlucky again with the virtual safety car, two or three cars overtook me in the pitstop because of that. The whole race everything was just against us and it just didn't work out.

"Sometimes starting at the back it works out brilliantly, like in Austin last year, but you can't expect it to be like that all the time of course."

He also reckons his Honda engine had the power to challenge the leaders, if he had the opportunity: "I could go with the guys in front. I could see them on the screen and I was following my progression," he said.

"I knew their lap times and I was not losing out. Of course when I got in traffic I lost time, but all the time when I was in free air they were not faster.

"So that's of course very promising on a track where you're normally not that competitive.

"Today was about surviving and trying to score a few points. We did that, but I'm now really looking forward to starting at the front again in Singapore because we've had our penalties and hopefully also our trouble and now we can just focus on performance."