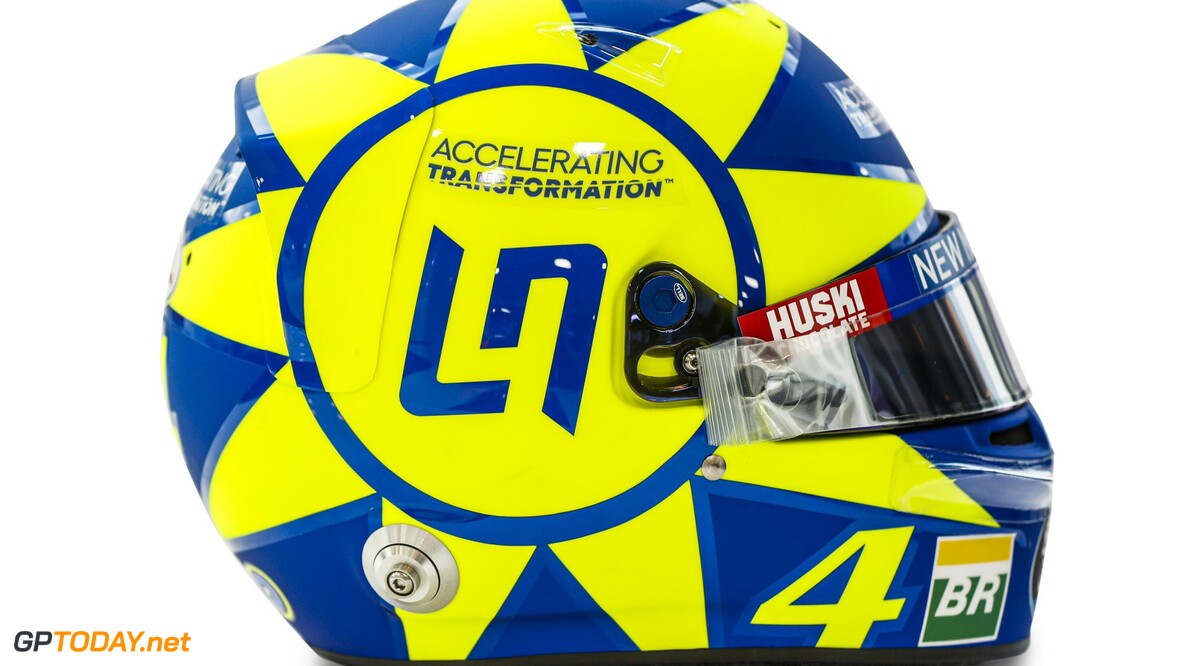 Lando Norris will use a helmet livery inspired by MotoGP legend Valentino Rossi this weekend at the Italian Grand Prix.

Norris has often spoken about Rossi and his admiration for the Italian, which prompted him to change up his look for the weekend, which includes some redesigned boots.

The new helmet and boots are the iconic blue and fluorescent yellow colours, accompanied by the archetypal sun design that is associated with Rossi.

"I've always loved doing my own kit," Norris said of his design this weekend. "In karting, I used to have different helmets, suits and boots, sticker kit.

"But you get more limited with what you do in car racing. But even now, for the races I can, I want to have a special helmet or boots or something.

"For this one, I already spoke to Valentino quite a while ago, just on social media, trying to sort this, because I obviously had to ask him if I could do that.

"It was an opportunity to make this race more special, more of a one-off and something to remember it by, and that was by having more of a connection with Valentino, the guy I've always looked up to, my hero. So it is more of a dedication to him than anything else."

During the summer break, Norris met Rossi during the MotoGP round at Silverstone.