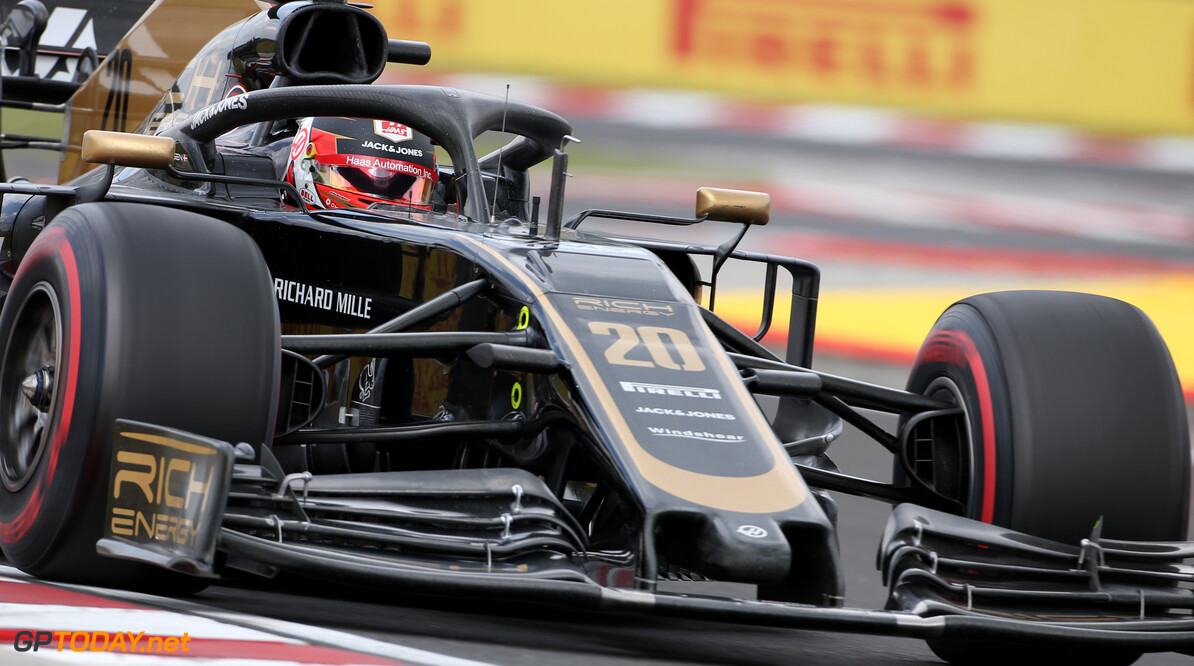 Magnussen: Haas VF-19 'most incosistent' of all Haas cars so far

Haas F1 Team's Kevin Magnussen has branded the team's 2019 challenger, the VF-19, as the most inconsistent of all the cars built by the team so far.

Magnussen suffered a finish out of the points during last weekend's Hungarian Grand Prix with a disappointing thirteenth while teammate Romain Grosjean was forced into retirement.

Magnussen failed to make Q3 with the slowest time in Q2 in Saturday's qualifying in the updated car, whilst Grosjean managed a Q3 appearance on his way to an eighth placed grid slot with the base car from the first round in Australia, further confusing the team.

"We knew our package had those characteristics," Magnussen said after qualifying. "But its tough when you qualify P4 in Q1, but then fail to qualify for Q3 is, you know.

"I just went through turn one on my second lap and just had no grip. You think we will try and make the best of this, but being one second slower, nobody else was slower than me."

The bizarre performance coming from the VF-19 prompted the team to decided prior to the British Grand Prix in July to return Grosjean's car to the spec of the base car that debuted in Melbourne during the season's opening round in March, whilst keeping Magnussen's car in the current spec in an attempt to figure out why the car is not performing.

It's also being noted by the team that they cannot understand the car's strong one-lap pace in qualifying and why they cannot translate that into the race pace on Sunday.

"We had a bit of traffic on the outlap and the wind picked up as well," Magnussen added. "But we don't know if it was the wind, the outlap or the temperatures.

"You can see how the wind would have the biggest effect, but I don't really understand how it could be that big. It's the most extreme thing we have had with the car. It's definitely the most inconsistent car."