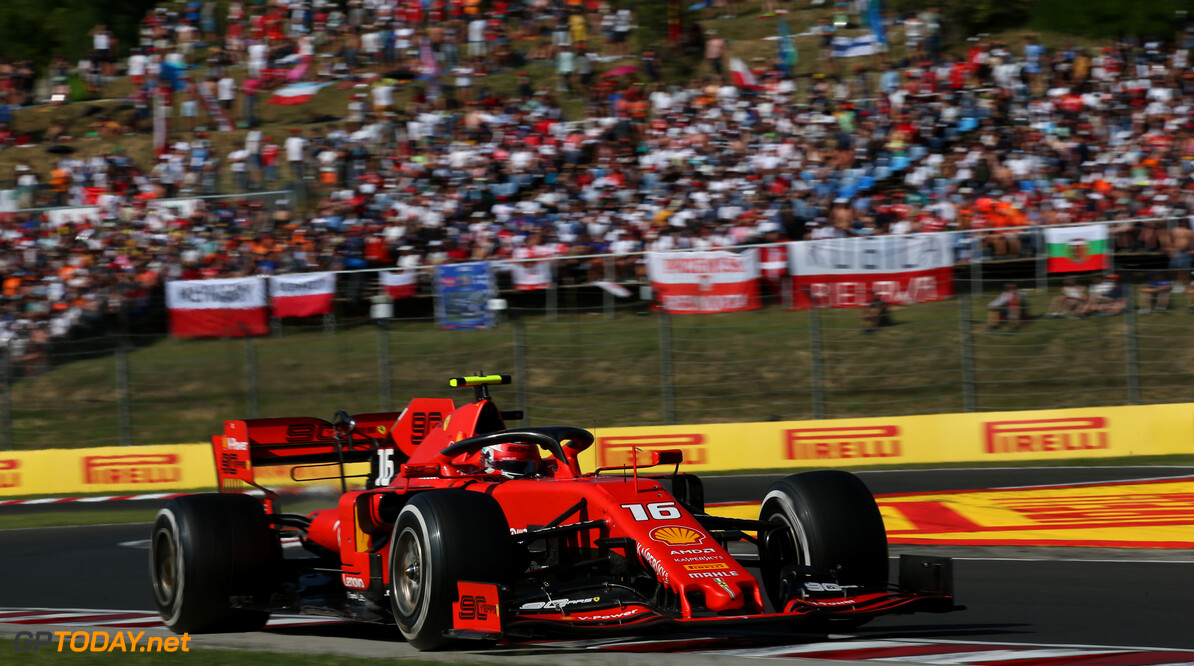 Rear tyres singled out as main struggle for Leclerc in Hungary

Ferrari's Charles Leclerc has said that his main trouble during last Sunday's Hungarian Grand Prix was the rear tyres and the Monegasque driver struggled throughout the race.

Leclerc finished the race in fourth position, managing to stay within sight of the final podium spot in third throughout the race until he was pipped to the spot by teammate Sebastian Vettel with a handful of laps to go. Leclerc felt that Vettel managed the tyres more.

"I had a difficult time in general, as I was struggling with my rear tyres," Leclerc said after the race. "From mid-race on I started to really struggle badly, so I need to understand why.

"There is definitely something Seb is doing better than me in the long runs with degradation so I need to understand where this is coming from and how I can improve on it."

Leclerc acknowledged that Sebastian's long first stint gave him the bigger pace advantage to take third spot at the end of the race, but admitted that he was frustrated that he lost the podium chance with only a couple of laps to go.

"There was frustration, but I just want to understand why I am struggling mostly towards the end of the race. I was just unlucky during both stints with the tyre degradation but I need to understand where it is coming from.

"That's a few races now where I am quick in qualifying but come the end of the race I am struggling a bit more so I need to understand and adjust that, but there is probably a bit of my driving too and needing to save tyres for the race in the future."