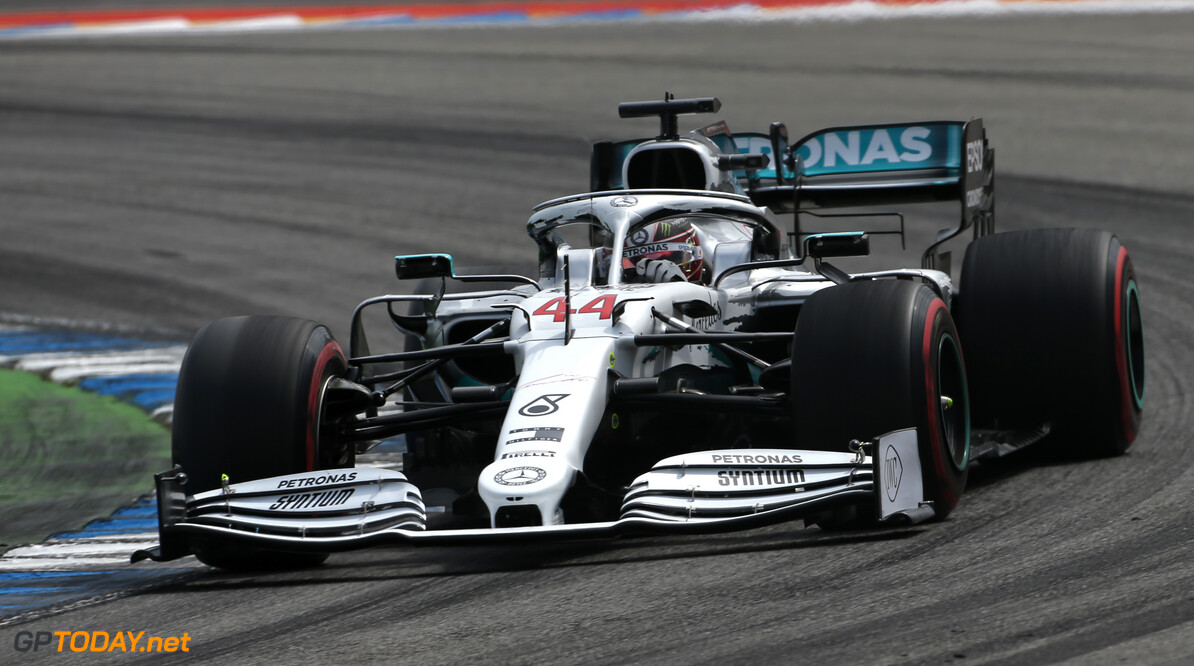 Wolff: Verstappen a threat to Mercedes for the race

Red Bull's Max Verstappen will be a big threat to Mercedes' in its quest to take a fourth consecutive German Grand Prix win.

Mercedes has won every race in Germany in the turbo-hybrid era, with Lewis Hamilton triumphing 12 months ago despite starting from 14th on the grid.

Ferrari appeared to have the stronger car all through the weekend this year, but its challenge fell away in qualifying when Sebastian Vettel and Charles Leclerc were hit with reliability issues.

Hamilton went on to take pole position while Verstappen was second, and with the Dutchman starting the race on a softer compound to Hamilton (should it be dry), Mercedes boss Toto Wolff thinks that it could mean danger for the German team.

"Yeah, it's called Max Verstappen", Wolff replied when asked if he saw any threats for the race. "They're [Red Bull] driving well on the rough tarmac in these conditions.

"The Red Bulls in general have shown great race pace, and handling tyres well. They are definitely a threat for the race."

Mercedes arrived at the German Grand Prix with a number of car upgrades, which was expected to see it make gains at the front of the field.

Wolff insisted that Mercedes can see that the upgrades worked from the data, leaving it to be a bit perplexed as to why it seemed Ferrari had the upper hand.

"I think we were expecting to be much more competitive this weekend," Wolff said. "We brought a very solid upgrade package to the car.

"We knew the straight-line speed would work against us at Hockenheim, but sector three, similar to Barcelona, we should have stood out.

"But we didn't, all weekend. Fundamentally we are not happy with our own performance and it could have looked much different if Ferrari would have finished qualifying.

"It's not understood. We see that the upgrade package has delivered, we see that on the pressure tappings but there are so many factors to consider.

"The circuit layout, the tarmac, the heat, have we completely understood how to tune the car for the aero upgrade. There are many variables that we need to find out and analyse before going to Budapest."