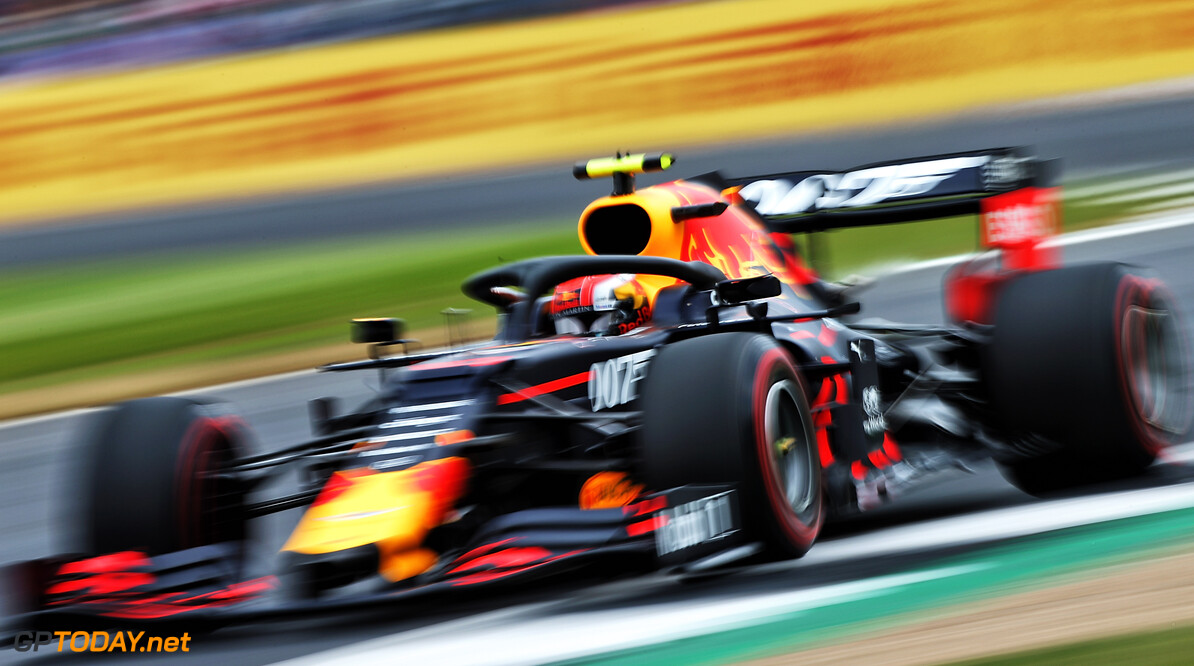 Gasly sets sights on podium after 'best weekend of the year'

Pierre Gasly says that his next target is the podium after enjoying "by far the best weekend of the year" at Silverstone.

Gasly crossed the line in fourth place, taking his best result of the season after a number of races where he has struggled to keep up with his rivals.

However, he was engaged in a battle with the Ferraris during the race and benefitted from the crash between his teammate Max Verstappen and Ferrari's Sebastian Vettel to take fourth.

"It was by far the best weekend of the year so we can be pleased," Gasly said. "There were quite a lot of things going on after Austria, meetings with the team, checking how we could improve the whole thing.

"We made a lot of changes and I'm pleased from the first session we could see the good step forward. A strong Friday, Saturday and Sunday, I just enjoyed the whole weekend. More so, we can be pleased with the step we made.

"There are so many things that made it possible. And as I said it wasn't one big thing, it was many little things to sort out. Still not perfect, but we did a massive step forward on every area.

"We still need to find that extra final step to make it to the podium but the whole weekend was strong."

Gasly made contact with the McLaren of Lando Norris at the start of the race, which Gasly says resulted in a few scratches to the floor, but nothing extraordinary.

"I checked at the end of the race and the floor was a bit scratched. I thought it could have been worse, I let the team know.

"There were only a few scratches, I don't know if it affected the performance. Overall, we were pretty fast so I'm not sure it had a massive impact."