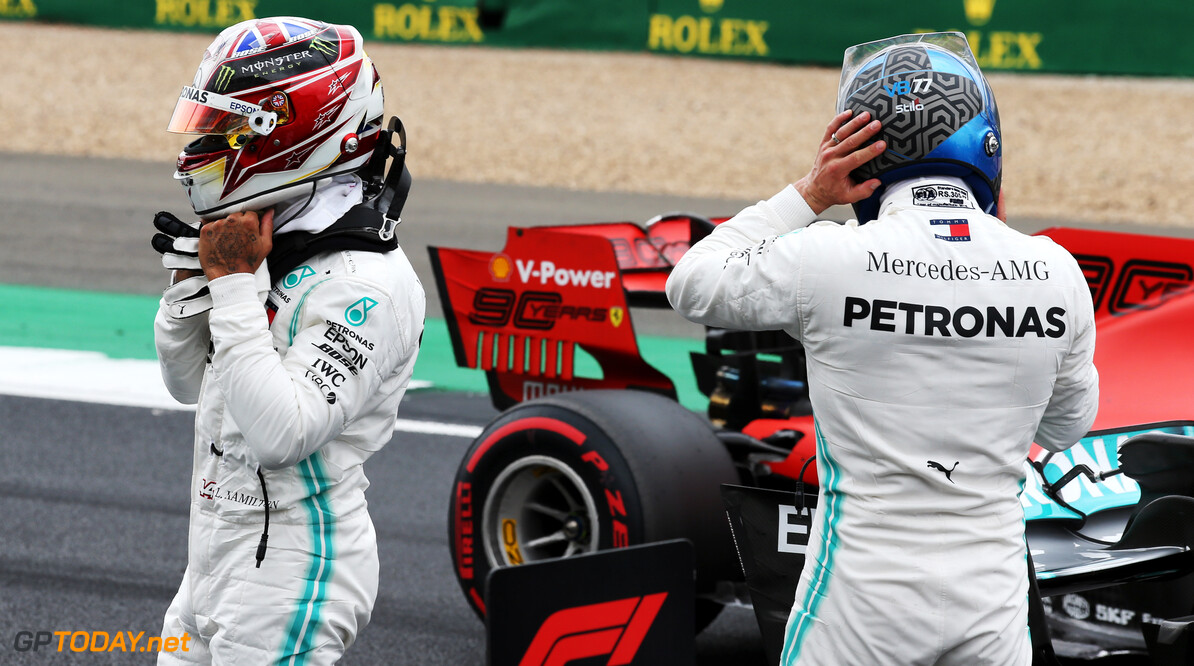 Valtteri Bottas says it is firmly up to him to ensure he maximise every opportunity he can in order to defeat Lewis Hamilton this year the world championship fight.

The Finn took his fourth pole position of the season on Saturday, edging out Hamilton by just 0.006s, in what was the closest qualifying margin in the turbo hybrid era.

Bottas is currently 31 points behind Hamilton in the championship heading into the British Grand Prix, and knows that he can't rely on Hamilton to slip up in order to gain in the title fight.

"If you look at the points, for sure the championship fight is still on," Bottas said. "Obviously I’m the one chasing, I’m behind with I don’t know the exact number but roughly thirty points or something.

"But there are so many races to go and it’s going to be a lot up to me and my performance, so definitely every single opportunity there is I need to get those.

"If I don’t get those then Lewis is going to be far away and not be able to reach in terms of points so tomorrow is super important, but so is the race after and the race after.

"The season is still long so I really need to try and take those opportunities and for sure will do everything I can to keep that lead tomorrow."

While the race is expected to be mostly dry, Bottas says that you can never be sure at Silverstone, but is pleased that Mercedes will not suffer the cooling issues it endured in Austria.

"Like yesterday there was no proper chance of rain but it still had a bit of drizzle, so I think anything can come from the sky, you never know," he commented.

"I have no idea what will be best for us. At least it’s cooler than Austria, so that’s always good news but anything else, we should be okay."