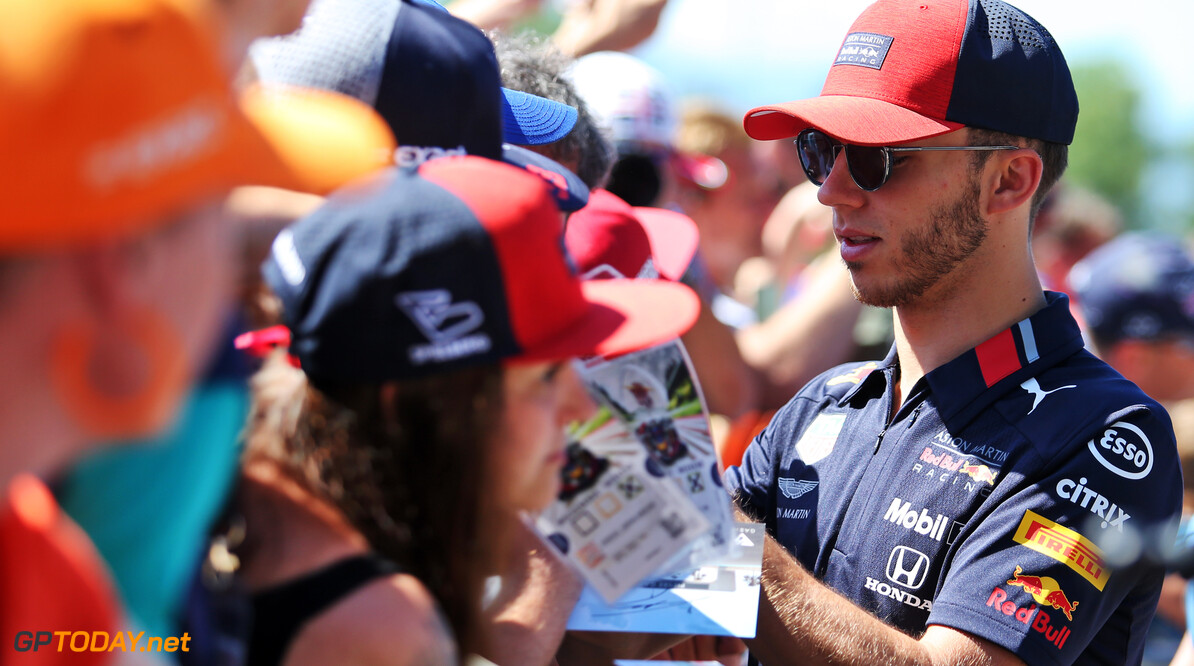 Red Bull discovers no issue with Gasly's car after investigation

Pressure is mounting on Pierre Gasly after Dr Helmut Marko verified there was nothing wrong with the Frenchman's car.

GPToday.net confirmed just under two weeks ago that Red Bull would dismantle Gasly's car after the Austrian Grand Prix to establish if there was an issue with it.

However, Red Bull found nothing amiss with the chassis, and is now focused on getting Gasly up to speed at the energy drink squad.

"We completely disassembled his RB15 and came to the conclusion that nothing is wrong," Marko told Motorsport-Total.com. "We are now going to help him as best we can and he will be driving with Max Verstappen's set-up from the next Grand Prix.

"Max has more experience and therefore he knows very well what is and is not possible with this car. Sometimes Max's experiments go wrong, but he does have the ability to get everything right in the end.

"Pierre, on the other hand, has gone wrong since the beginning of the season. Two hits in Barcelona at the worst possible moment. He has done some solid races here and there in the open air, but the overall picture is still missing", Marko said.

Gasly brings good memories to the British Grand Prix this weekend, as he won the 2016 GP2 Feature Race around the Silverstone Circuit.

"I had a GP2 victory at Silverstone just after a road car accident with my family on the way to the track, so it’s a special weekend that I always remember and I’m really happy to return this year with Red Bull.

"It’s usually a pretty cool atmosphere with all the British fans coming out to support. I remember last year was my first British Grand Prix in F1 and I was impressed with the amount of people attending over the weekend."

The Frenchman says he is focusing on improving "every detail" in order to produce the pace the car is capable of.

"Following Austria, we’re working and focusing on every detail and we will try to put all the pieces together to extract and deliver a better result this weekend. I’m excited to get back out there and go racing.”