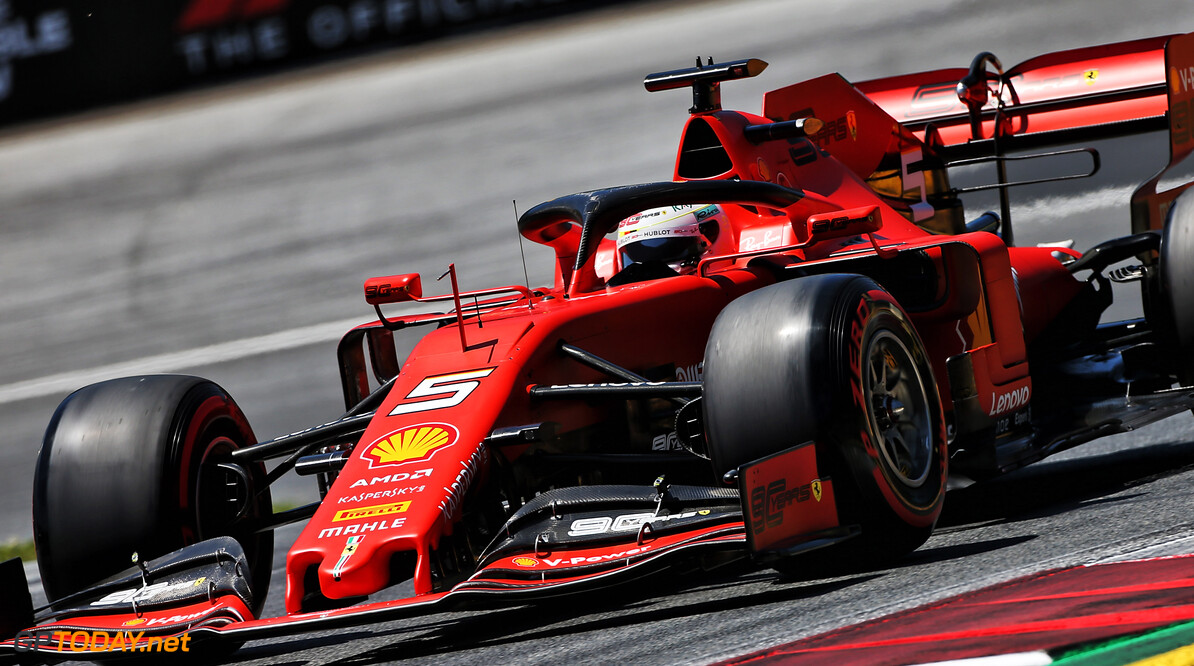 Ferrari's Sebastian Vettel has insisted that he is not angry with his team after a suspected air pressure problem stopped the German driver from setting a time in the third part of qualifying for Sunday's race in Austria.

The team appeared to have a problem at the end of Q2, when the mechanics were seen working on the side and at the back of the car. Vettel hoped for at least one run in Q3 but it soon became apparent that the problem was major.

"We had a problem with the air pressure and the pneumatics system seemed to go on strike," Vettel said. "We tried to change it but we couldn't fix it in time.

"It certainly wasn't a good Saturday, but tomorrow is a new day. I think the car is quick. We are quicker than the cars ahead of us to start with, and it's a long race."

Coming off two poor weekends after a penalty denying him a victory in Canada and a poor qualifying performance to start seventh in France, Vettel was asked if his patience was wearing thin within the team, but he insists that nobody is at fault for recent performances.

"I'm not angry, and I don't think there's anybody to be angry at," Vettel commented. "Obviously something broke that was not meant to break and we need to understand why, but I'm not angry at anyone.

"Obviously on a day like this it hurts a bit more because the car was good for pole. I think where we was yesterday, I was coming back today and finding my rhythm and getting ready for Q2 and Q3 but it didn't happen.

"In this regard at least it's good for the team that the other Ferrari got the pole, and I hope Charles can stay where he is and I can get as close as I can."

Vettel will start the race in ninth position, promoted up a position thanks to a five-place grid penalty for fifth-placed Kevin Magnussen.