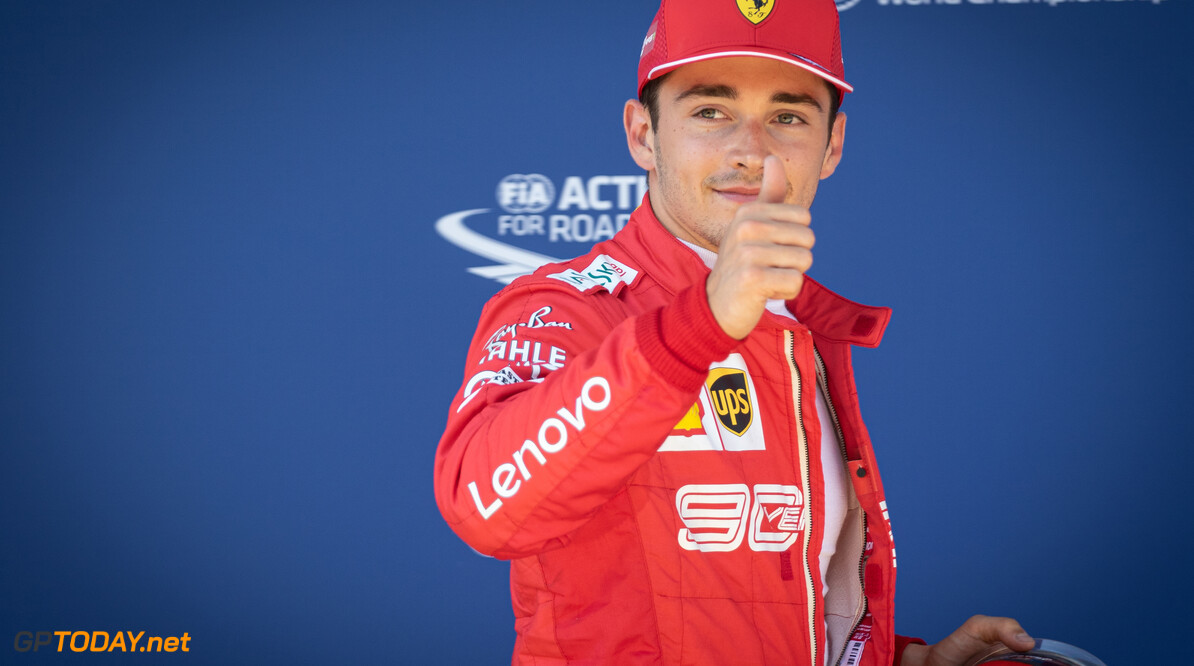 Leclerc will 'push to the maximum' for maiden win

Charles Leclerc says he aims to "push to the maximum" on Sunday as he chases his first race win of 2019.

The Monegasque driver secured his second pole position of the season on Saturday, beating Lewis Hamilton to the top spot.

The first pole that he achieved in Bahrain failed to deliver a race win as he was hit with engine issues towards the end of the race, which saw him drop back to third place.

However, his firm target for the race in Austria is the race win but knows that he will have a challenge from behind.

"It's very good because we are having a bit of a difficult time and having pole position is great. For me, I changed my approach at the last race in Paul Ricard and it paid off."

Valtteri Bottas will be the nearest Mercedes to Leclerc, as Hamilton was handed a three-second time penalty following the session.

Leclerc will start alongside Max Verstappen and knows that retaining the lead in the opening laps will be important due to the strength of DRS and the slipstream.

"I was very happy with the car from FP2 onwards and in qualifying, I went step by step. I'm looking forward to tomorrow to see how challenging Mercedes will be.

"It's very tricky here, if I'm first at the first corner the slipstream is quite a big thing. So it will be about trying to keep them behind until TUrn 4 But our race pace is quite strong."