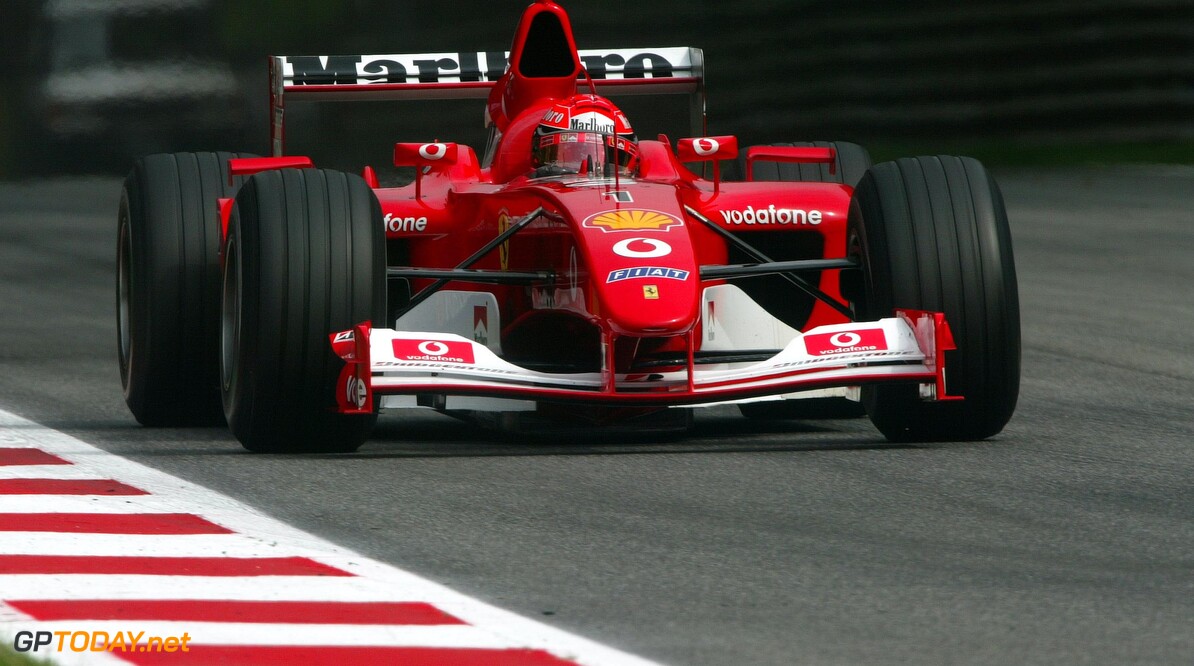 Schumacher's F1 2002 car to be auctioned

Michael Schumacher's championship-winning Ferrari F2002 will go up for auction later this year at the Abu Dhabi Grand Prix.

The car that will be on offer is chassis no. 219, which took Schumacher to three (Imola, Zeltweg and Magny-Cours) of his 11 victories in 2002 - a season that was dominated by Ferrari and in particular, Schumacher himself.

A portion of the proceeds received from the sale of the F2002 will go to the Keep Fighting initiate, set up by Schumacher's family following his life-altering skiing accident in 2013.

The auction will take place on November 30th in Abu Dhabi, the day before the final Grand Prix of the 2019 season. Formula 1 will work with RM Sotheby's for the first time at the auction.

"We are delighted to come out of the gate for our inaugural auction in partnership with Formula 1 with such an amazing cornerstone consignment to the Abu Dhabi event," said Oliver Camelin, Car Specialist at RM Sotheby’s.

"The Michael Schumacher F2002, chassis no. 219, is truly special; it represents one of the last Rory Byrne-designed, V10 era cars and was like a guided missile in acquiring wins on route to a Championship won with sheer racing dominance.

"As a result, it remains as one of the most dominant Formula 1 racing cars in history and is fittingly joined by the ultimate in Ferrari supercars in the virtually as-new Ferrari F40.

"As we proceed with considering consignments for the Abu Dhabi auction we look forward to an exciting year in partnership with Formula 1 that will include an RM Sotheby’s presence at some of the most notable circuits around the world.”