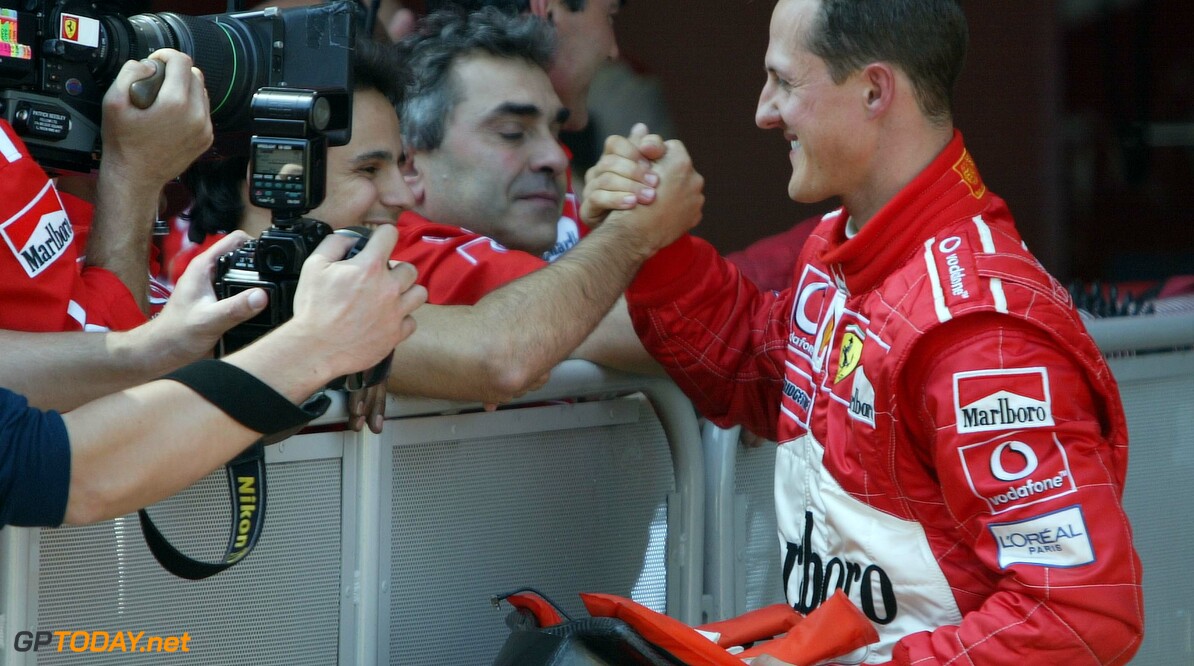 Schumacher racing suit among items up for bid at FIA auction

The race-worn Ferrari suit used by Michael Schumacher at the 1998 Spanish Grand Prix is among the F1 memorabilia that is being put up for the FIA's #RaceAgainstCovid auction.

All proceeds from the auction will go to the IFRC's fight against the coronavirus. Earlier this month, the FIA confirmed initial items that were up for sale, including a Toyota 2009 F1 car.

Since then, a number of new F1-associated pieces have been donated to the auction.

As well as driver items that have been put up for bidding, other uploads include a simulator day with Scuderia Ferrari and BMW Motorsport Formula E, a McLaren MP4-24 show car, a front bumper from a Peugeot 208 WRX and a Sauber C35 front wing.

92 lots have so far been confirmed, with bidding opening on Monday, June 15. The auction, which is online-only, will close next Monday, on June 22.

All lots can be found by clicking here.