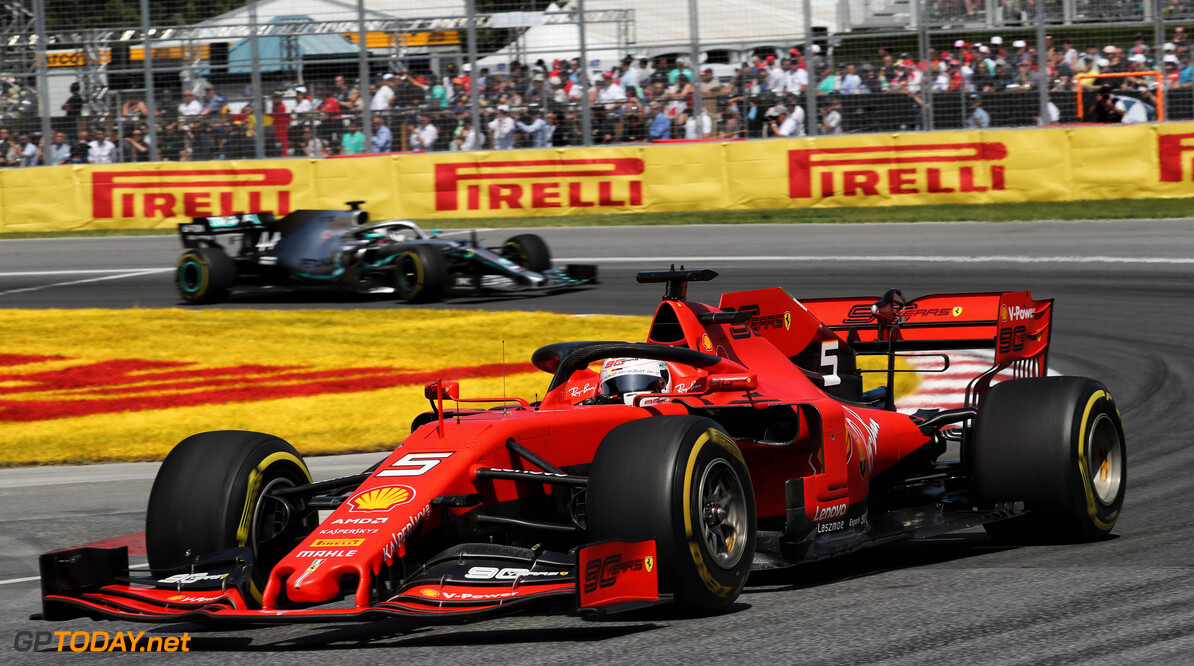 Ferrari will not be appealing the penalty that saw it lose the Canadian Grand Prix on Sunday.

Sebastian Vettel received a five-second time penalty after the stewards determined he rejoined the track unsafely at Turn 3 while leading the race and under pressure from Lewis Hamilton.

Hamilton subsequently took the race win and Mercedes' seventh consecutive win of the year, while Ferrari is yet to take to the top step of the podium.

After the race, Ferrari confirmed that it had lodged its intent to appeal the penalty, and had 96 hours to collect as much evidence as it could to present to the FIA.

However, Ferrari has now confirmed that it will not appeal the penalty.

But Ferrari says that it is still working on gathering evidence as it may use the FIA's 'right of review' to analyse the situation as time penalties are not allowed to be appealed under F1's sporting regulations.

Under F1's own Sporting Code, Article 14.1.1 states: "If a significant and relevant new element is discovered which was unavailable to the parties seeking the review at the time of the competition concerned, whether or not the stewards have already given a ruling, these stewards or, failing this, those designated by the FIA, must meet (in person or by other means) on a date agreed amongst themselves, summoning the party or parties concerned to hear any relevant explanations and to judge in the light of the facts and elements brought before them."

What this essentially means is that Ferrari needs to present new and pivotal evidence to the FIA and race stewards that were present in Canada, or failing that, newly assigned stewards.

Ferrari will have 14 days to pursue this route, which means the team has until race day at the French Grand Prix to submit its evidence.