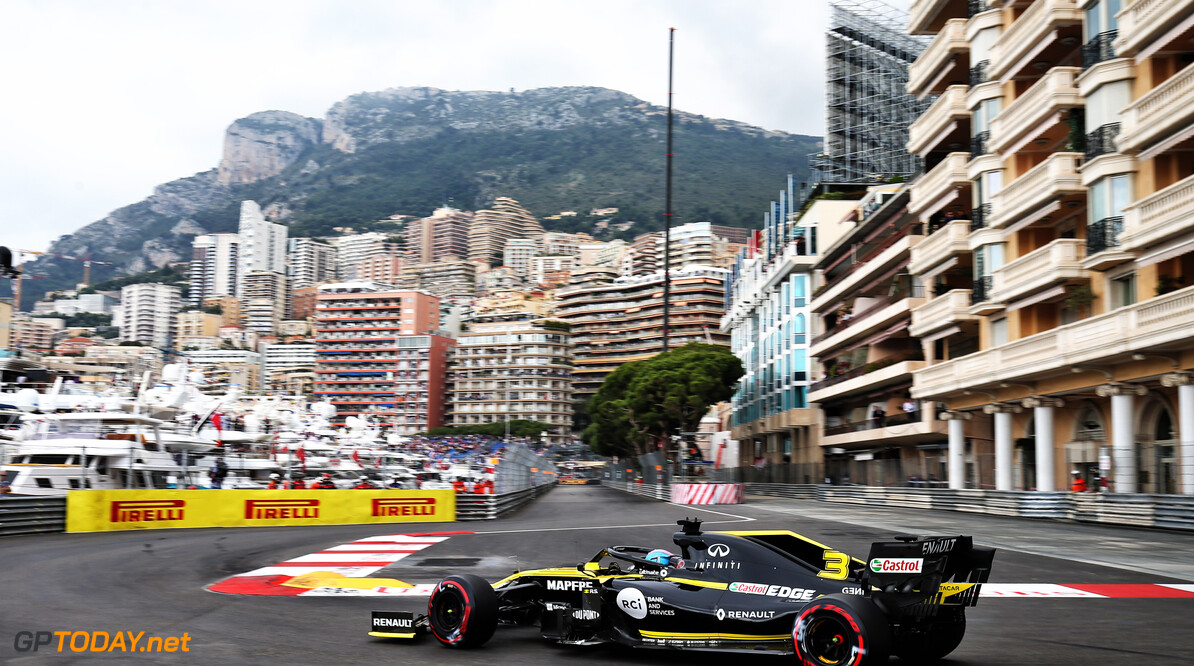 Daniel Ricciardo says Renault failed to maintain the strong pace it showed in the morning session at Monaco during free practice two.

Ricciardo ended FP1 just outside the top ten, while teammate Nico Hulkenberg ended the opening session in the 'best of the rest' seventh spot.

However, both drivers were down in the lower reaches of the timesheets at the end of Thursday running, with Ricciardo confirming that the team has work to do in order to unlock its pace.

"In the morning, we looked alright, we got up to speed pretty quickly," the former Red Bull driver said. "But then we didn't really make the extra step forward for the afternoon.

"We made some changes, I don't think they worked. We'll understand why and go back one or two steps and get back to a more happy feeling.

"I think we can definitely do better than 16th, 17th so I'm optimistic we can do better. I'm still alright, but hopefully we can find it in the next 24 hours."

Important to adapt to Monaco in a new car

Ricciardo dominated the Monaco Grand Prix one year ago, topping every practice and qualifying session before going on to win the race.

The seven-time Grand Prix winner says that it's important to quickly adapt to the same circuit in a different car.

"You do have to [adapt], absolutely. I'm still driving around here with some confidence, but there are a few places where I want to just come off the brakes sooner and carry that speed through," Ricciardo said.

"We pinpointed a few areas on the track and gave the guys some homework tonight to try and work on. I'll still try and figure out a few places I can get a bit out of for myself."

Traffic not the issue for Renault

Ricciardo added that traffic was an issue during the session, but accepts he can't blame Renault's poor pace on being held up by his fellow competitors.

"I was calling people a few names on the radio, that's always the case here," Ricciardo laughed.

"It didn't cost our performance runs. Our lap times, I can't blame anyone on track for our position today."