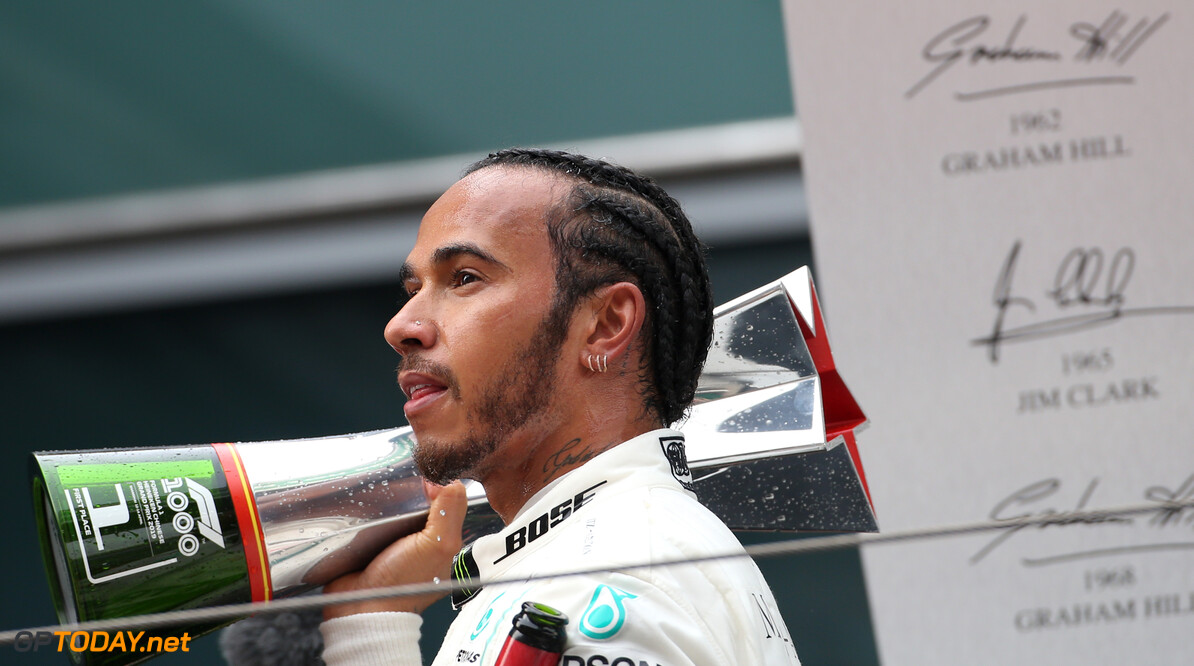 Gerhard Berger says that Lewis Hamilton is the first driver he considers that is on the same level as Ayrton Senna.

Berger partnered Senna at McLaren for three seasons in the early 90s, and says that he has never until now considered any other racing driver to be on the same level as Hamilton.

"Everybody always asks me, 'How do you see this driver against Ayrton?," said Berger. "And I always in all the years say, 'I don't see anybody near to Ayrton.' But Lewis is the first driver I put on the same level as Ayrton.

"The guy is outstandingly fast. He makes a bit less mistakes than the others, and what impressed me so much with him when you have won as much as he's won is you [might] think, 'Today now I'm second, either I'm going to run over his head and I win, or I'm out.'

"He doesn't do it, he just stays there and waits, 'OK I finish second, take the points.' It looks like he is just running the game in such a good way now that he's unbeatable at the moment.

"I see really a lot of the championships that was won by Mercedes in the last few years, it was Lewis and engine.

"The engine was outstanding, yes. But Lewis, in the wet, on a quick circuit, on a street circuit, qualifying, he's always there.

"He won the championship five times, he won one race after the next one. Yes, he's in the best car with the best engine, but he's also the best – by far the best man at the moment."

Berger added that he sees Hamilton challenging Michael Schumacher's records, especially the untouched seven world championships that the German picked up throughout his career.

"I think Lewis, if nothing happens to him and he keeps going like this, for the next two or three years, I think he's always going to be onto the championship. Definitely he has the chance.

"Also what happened with Michael, on one side I would like to protect Michael's success, because it's such a tragedy, and so sad.

"But when you put this all out for a moment, and say let's see, then Lewis Hamilton is a very special driver from all the time I watched F1."