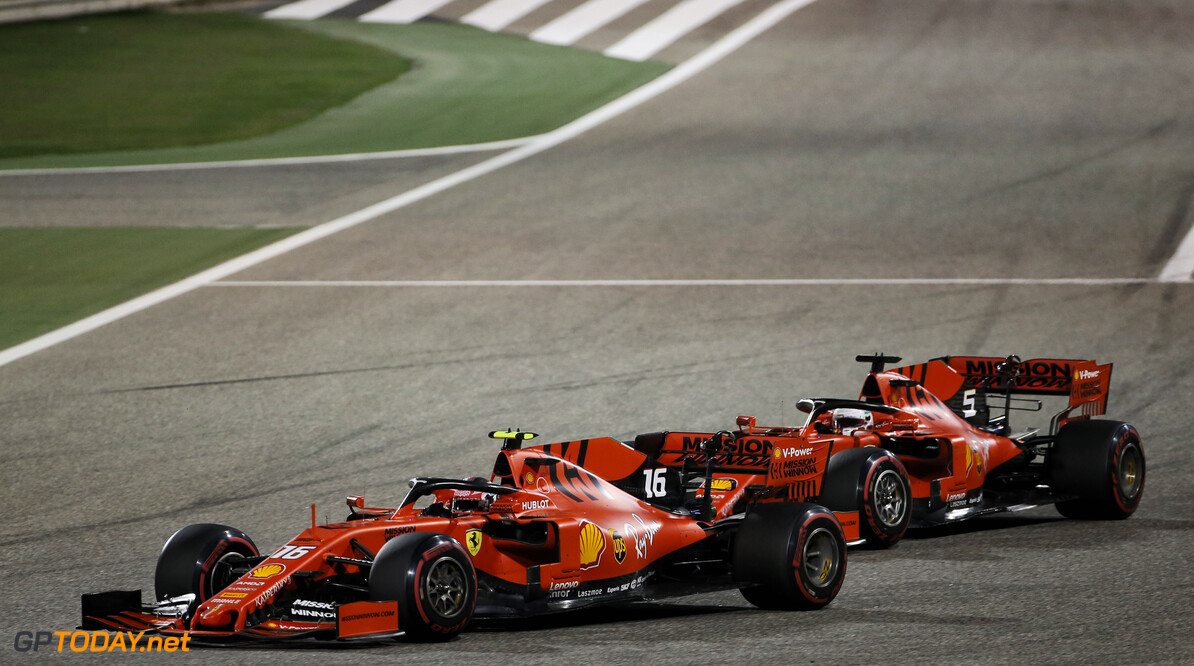 Charles Leclerc has defended his decision to overtake Sebastian Vettel for the lead of the Bahrain Grand Prix two weeks ago, despite being told to stay behind.

The Monegasque driver was informed to stay behind his Ferrari teammate for two laps, but on the start/finish straight, he pulled alongside Vettel and regained the lead he lost in the opening metres of the race.

Leclerc stated that he had a big pace advantage, and "didn't see myself" tucking in behind for second place.

"As I’ve shown in Australia the interest of the team is extremely important,” said Leclerc ahead of the Chinese Grand Prix.

“But in this particular situation I think I had quite a big pace advantage at this moment of the race and I had the opportunity in the straight and I just didn’t see myself lifting and staying behind.

“So I just went for the opportunity. It was a safe pass and I went for it.

“I think we had good pace all weekend long. I was very confident with the car, very at ease with the car during all the weekend. Seb was a little bit less. So I just focused on my race. I had the opportunity on lap six and I went for it.”

Leclerc failed to take the victory after an engine problem spoiled his chances late on. Despite the impressive pace he displayed throughout the weekend, he has played down his chances of winning the world championship.

“I need to focus on what I’m doing in the car, try to work as hard as possible and trying to do the best job in the car and outside the car and then I’m pretty sure the results will come.

“Then we’ll see. We are only at the third race in the season, it’s very early on. We’ll see how we get on in the next few races. But hopefully we keep the momentum from Bahrain going.”