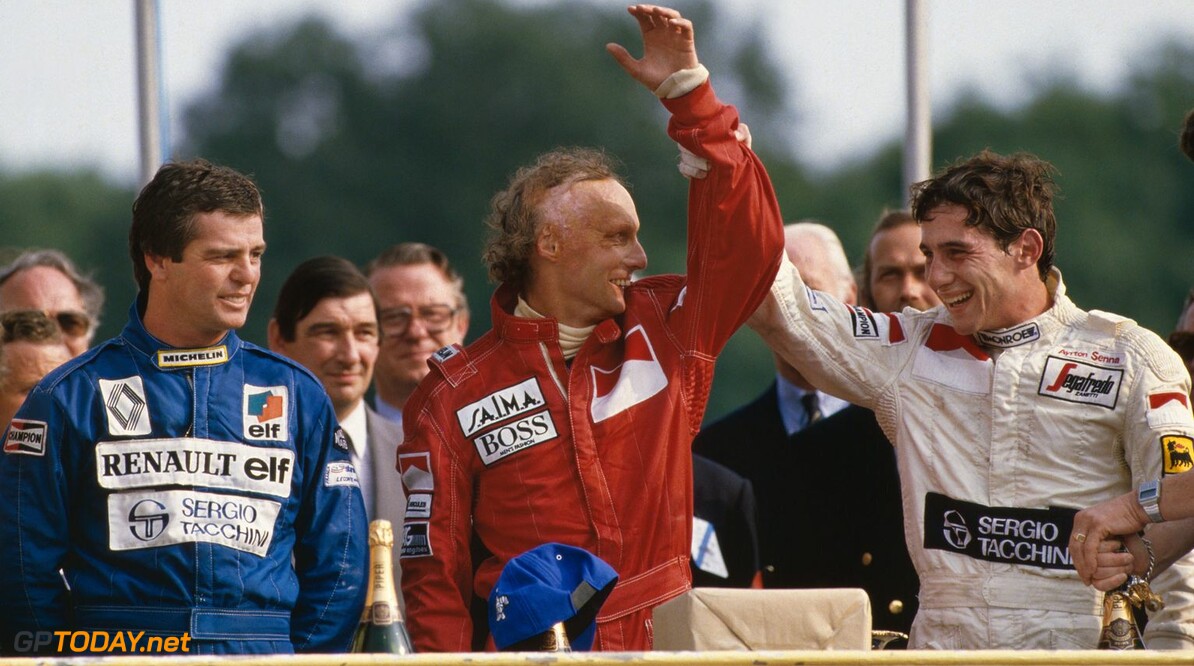 Ayrton would only finish in three races during the season. The Canadian Grand Prix at the Gilles Villeneuve circuit saw him finished seventh. The following two Grands Prix were not as successful. During the Grand Prix of Dallas Ayrton started from sixth. He took fourth position at the start but spun on the first lap and had contact with the wall. Eventually he w,ould drop out with a broken drive shaft. Years later Pat Symonds gave an interview about his 'Senna moment'.

"Dallas was, as the Americans called it, an 'old-fashioned' North American street circuit," he said. "The track was built between the concrete walls. It was a very treacherous track that was very bumpy. Monaco would be a billiard cloth compared to this track. After he had qualified very well he drove to a fourth place in the race. Ayrton eventually had to retire the car due to the damage he suffered when he hit the wall.

Symonds then explained what had happened: "He came back in the pits and he looked very indignant. He was in shock, he didn't believe he had hit the wall. His reaction was: 'I did not make a mistake, this wall must have been moved'. The concrete block Ayrton spoke about weighed twenty tons, so we were all quite sceptical about his comment. He was so confident that he convinced me to walk around the circuit after the race. He told me to look at the point where both concrete blocks would be connected.

"We walked towards it and indeed I came to the conclusion that the wall had been moved. Someone had hit the previous concrete block and the wall was moved by it. The two blocks were no longer connected and there was a crack between the two blocks. That was the moment I realized for myself that he really had an eye for perfection. Don't forget that this boy was only in his first Formula 1 season", Symonds explained.

The Grand Prix of Great Britain

Ayrton's second podium in Formula 1 came on a circuit where he had the necessary experience. Brands Hatch hosted the tenth round of the world championship in 1984. On Friday Rory Byrne had a conversation with both Ayrton and Johnny Cecotto about the adjustments to the car. Ayrton managed to get the car in the optimal 'window', he would drive the seventh time in qualifying. Teammate Cecotto was unhappy, he had a serious accident on Friday where he broke his legs. It was the end of the Venezuelan Formula 1 career. Ayrton later indicated that Johnny had a great career ahead of him and was a very suitable guy both on and off the track.

At the start Ayrton lost one place and ended up in eighth place. He quickly caught up with three drivers and was fifth when the race was interrupted after Jonathan Palmer's crash. At the restart Ayrton fought Alboreto's Ferrari. Eventually he passed Elio de Angelis and was sixth - Ayrton had lost a few spots at the restart. Later on, he followed Elio de Angelis again and caught up with him in the 41st of 71 laps. This put Ayrton in fourth place. A fourth place became a third place when Nelson Piquet suddenly had no speed anymore in the Brabham. After keeping his car on the asphalt for the last part of the race, Ayrton scored third place on his second podium in his Formula 1 career.

Afterwards he was asked how it felt to be on the podium on a 'normal' circuit: "It's really great. I'm very happy. My team made a very good car available to me and that's why I was on the podium again at Brands Hatch, which I had a subscription to in the smaller classes.

Farewell with a podium in Portugal

Ayrton had already signed for Lotus and drove his last race for Toleman. Toleman would be sold in 1985 and continue under the name Benetton. Ayrton scored his third podium of the year.

During qualifying the Brazilian was impressive. In the weekend where the battle for the title between Prost and Lauda would be decided, Ayrton drove a third time. During the race Ayrton caught up with Michele Alboreto's Ferrari in the final lap and was able to finish his employment with the British team with a podium. At the end of the Grand Prix Ayrton received a gift from his team saying: "Toleman will never be the same again without Senna".