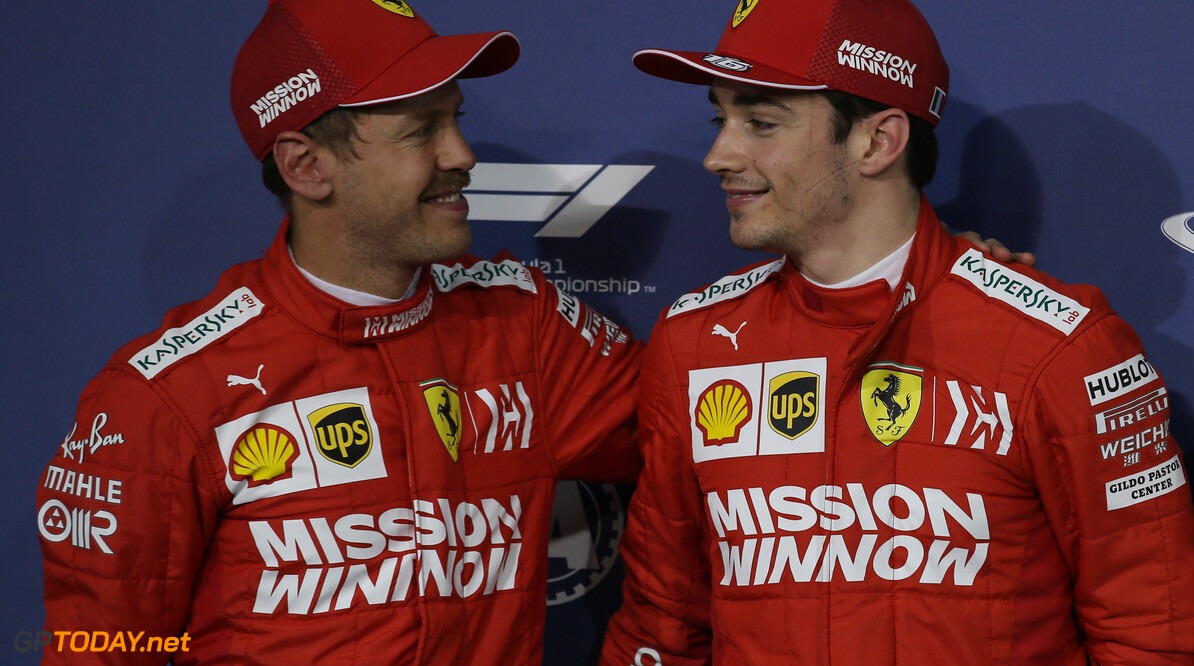 Leclerc 'learned a lot' from Vettel

Charles Leclerc says that he "learned a lot" from Sebastian Vettel in the time they've spent so far together as teammates.

Leclerc took his maiden pole position in Bahrain, beating Vettel by three-tenths of a second. Vettel secured a front-row start, despite having just a single lap in the final stage of qualifying to set his lap.

The Monegasque driver says that he has benefitted from being partnered with Vettel, but is "very happy" to be in front of him in just his second race for Ferrari.

"I have learned a lot from him and I will probably learn [more]. But today I’m very happy to be in front him so it’s a good day for me.”

Leclerc said that he worked hard to eliminate the mistakes he made during his Q3 session two weeks ago in Melbourne, which saw him qualify in 5th place.

“I’m extremely happy,” he said. “Obviously in the last race I was not very happy with my qualifying, I did some mistakes in Q3 and I really worked hard to try and not do the same mistakes here. And it seems like we did quite a good job.”

Vettel says that Leclerc deserves to be on pole position, admitting that he was a little "shy" in the middle sector.

"Of course you have to first of all make it to the end,” he said. “Maybe I was a bit shy in the second sector.

“But in the end I think Charles did a very good job today and he deserves to be on pole. I’m happy that with the one run I had at the end to get second and it puts us in a good place for tomorrow.”