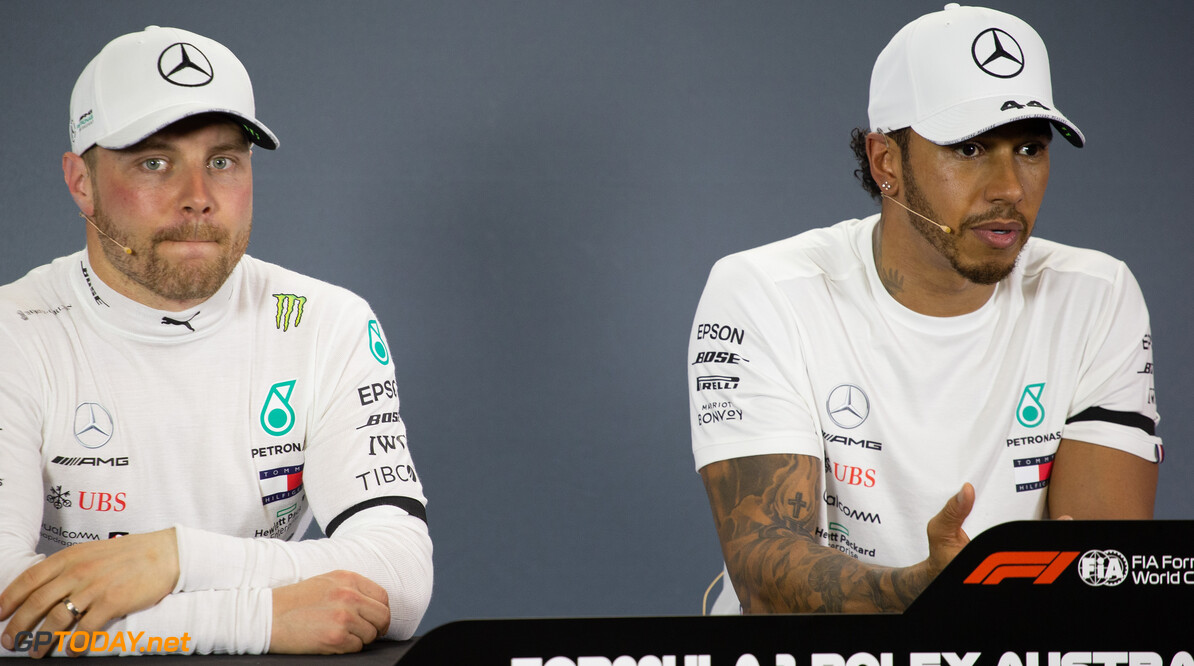 Rosberg: Bottas doing a 'good job' getting under Hamilton's skin

Nico Rosberg believes that Valtteri Bottas is doing well in getting under Lewis Hamilton's skin so far in 2019.

The Finn took the race victory two weeks ago in Melbourne after missing out on pole position one day before. Bottas finished the race over 20 seconds ahead of Hamilton, who held off Max Verstappen for third place.

Rosberg, who beat Hamilton to the world championship in 2016, thinks Bottas has done a strong job of resetting himself over the winter break after a tough 2018 campaign that saw him take zero victories.

"Valtteri is really trying to get under Lewis’ skin at the moment. He’s giving it everything, and I think he’s doing a good job," Rosberg said Sky Sports F1.

"It’s always small steps at a time, and you’ve got to pull Lewis down from his high-flying confidence. He’s doing it, and then you start to see Lewis getting a few doubts and things like that.

"That’s the way to go for him. I think he’s done a very good job over the winter to reset.

"He sent a few messages with the beard, over the radio in Melbourne with that rather strong message, the race start, an awesome start - all these things add up. It just gives you this momentum and self-confidence that you need."