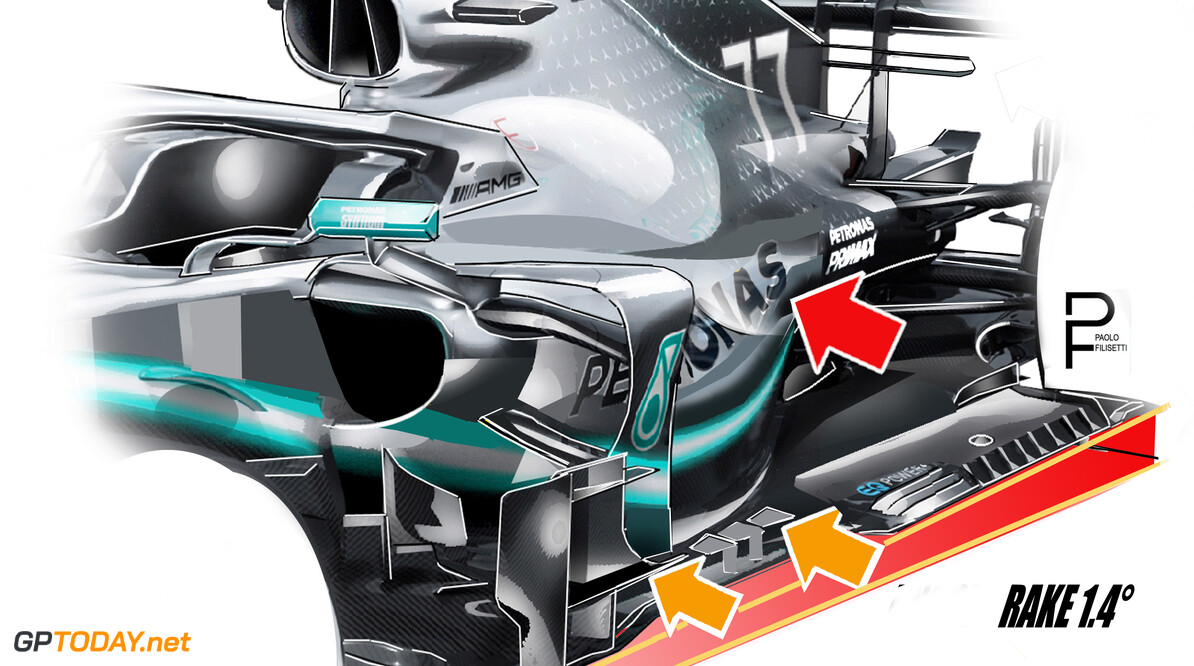 Technical: The updates of Mercedes, Ferrari and Williams in Australia

The first race of the season usually is interesting from the technical point of view because most of the teams bring new parts to outline the definitive layout of their cars after pre-season testing.

This year the tradition was respected, as many teams brought the latest refinements for their cars in Melbourne, among them Mercedes and  Ferrari.

Even though they didn’t bring visually striking changes to their respective cars, the latest specs were done in a very clever and interesting way.

Mercedes, in fact, that overhauled the W10 in the second test session, brought to Albert Park development in the area of the barge boards, and it was interesting to see what the target was of those changes.

At the second session at Montmelò the barge boards sported just simple horizontal fins attached to their uppermost edge in each single vertical element. In Australia, it was interesting to note the introduction of a double “moustache” having the function to split the airflow in two parts.

The upper one was directed towards the radiator inlets, while the lower part to the forward edge of the floor, so to feed it and increase the dowforce generated by the diffuser.

In reality, the aforementioned elements work in conjunction with fins and winglets attached to the chassis side, and to the reversed” L” shaped ones attached to its front top. This is because the main function of this sequence of elements is to generate downwash to the air flow raised by the front wing flaps.

This is crucial in terms of both feeding appropriately the radiator inlets and the bottom of the car. Another interesting feature on the  W10, was the adoption of a higher rake angle compared to the original version. In fact, now it is around 1.4° instead of 1.2° from the previous one.

As aforesaid, Ferrari was active in terms of the development of the SF90, even though in a less visually striking way.  It was interesting to note that the floor adopted was halfway the one briefly tested in Barcelona. Halfway because even though the main elements in terms of longitudinal slits were exactly the same, it didn’t sport the three vertical winglets, that in Spain were placed in front of the rear wheels.

Their removal was not due to their definitive discard, instead it was chosen not to feature them due to the high rate of marbles and debris that is present at a non-permanent track such as Albert Park, they could pick up some mess and generate block the aerodynamics in the area close to the diffuser side sections.

Another interesting change seen on the red cars, was related to the front brake drums. These were asymmetrical. The right hand one, featured two parallel slits to convey the hot air flow generated under braking in an efficient way, both in the innermost section of the wheel, and to its outermost section too.

On the left hand side, the drum featured a deep, wide and twisty channel, to provide the same effect as those of the hollowed wheel hubs now forbidden by the rules.

The hot air, in fact, is directed outwardly at high pressure, so to divert the turbulence generated by the front wheels.

Passing from the front of the grid to the bottom, Williams was able to fix those parts that were not compliant to the rules in Barcelona. Notably the rearview mirrors, now feature also a bottom profile, so to respect the ratio of the dimension of each element having an aero effect.

You can view all the discussed changes in the attached photo album below. 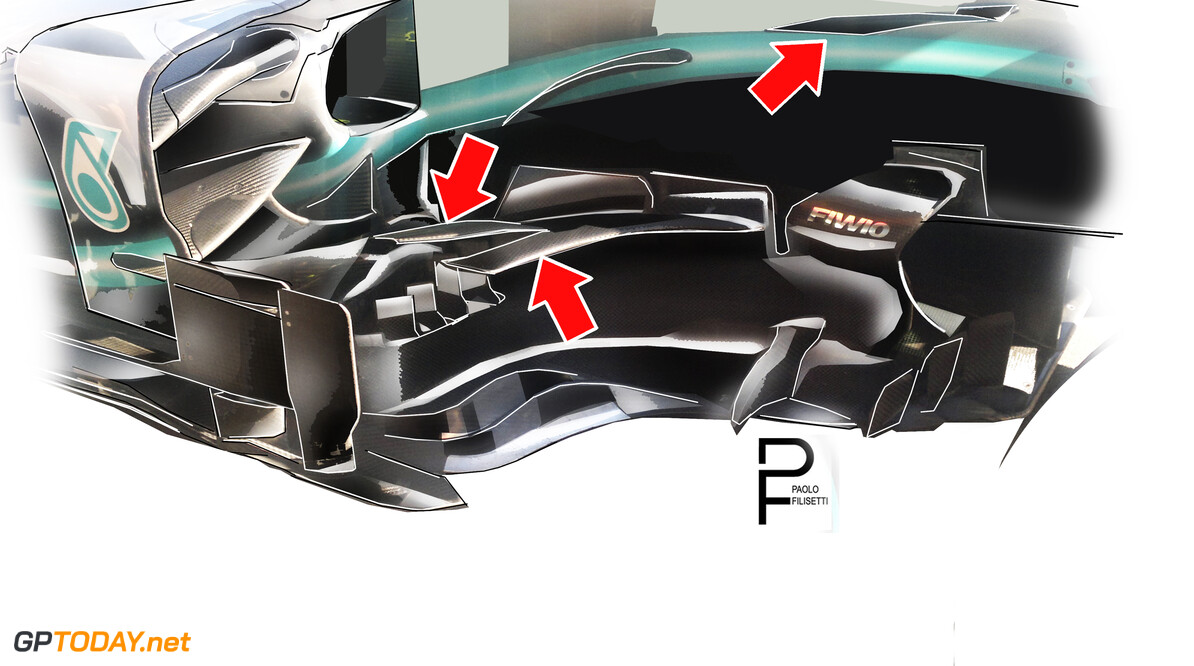 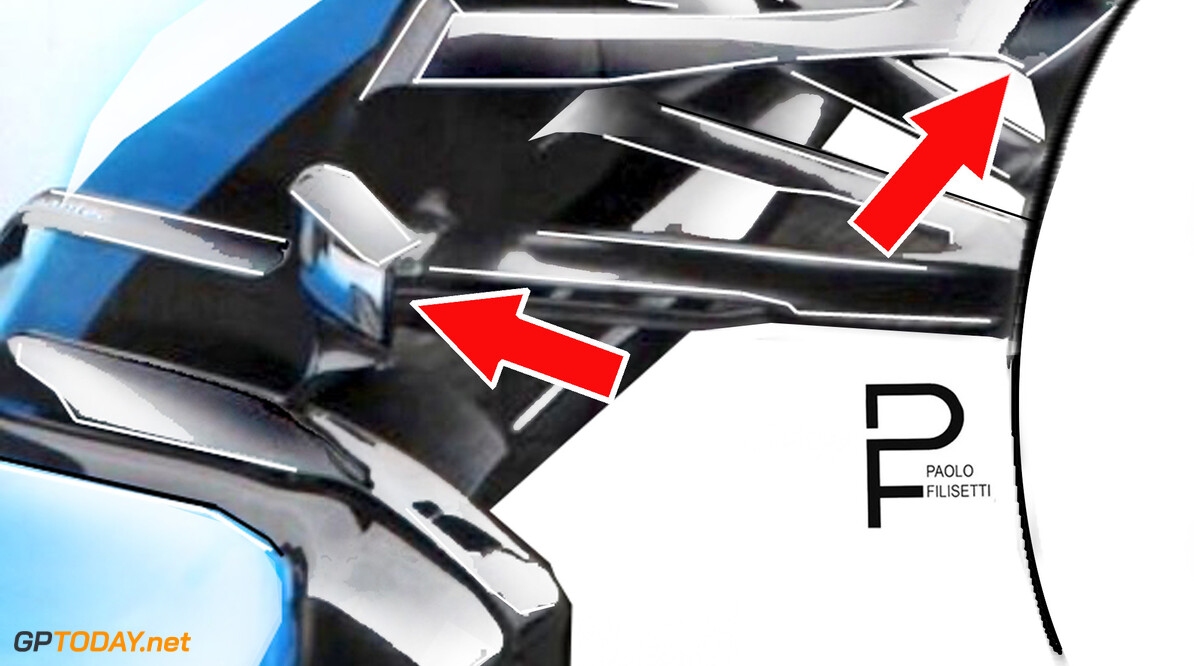 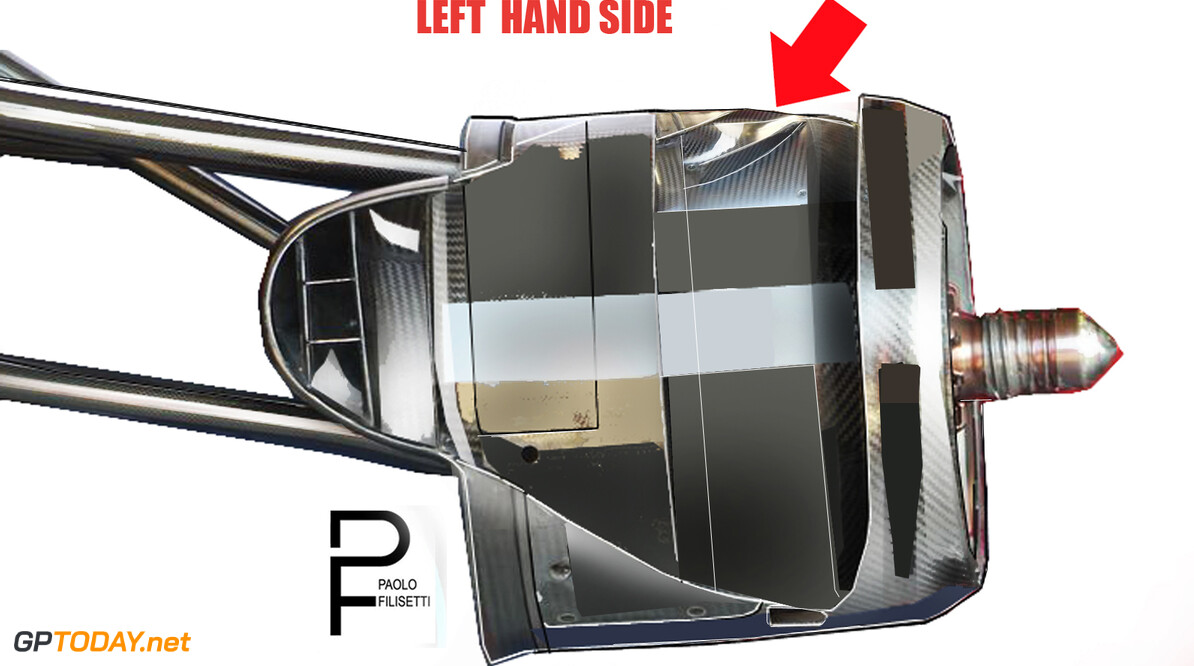 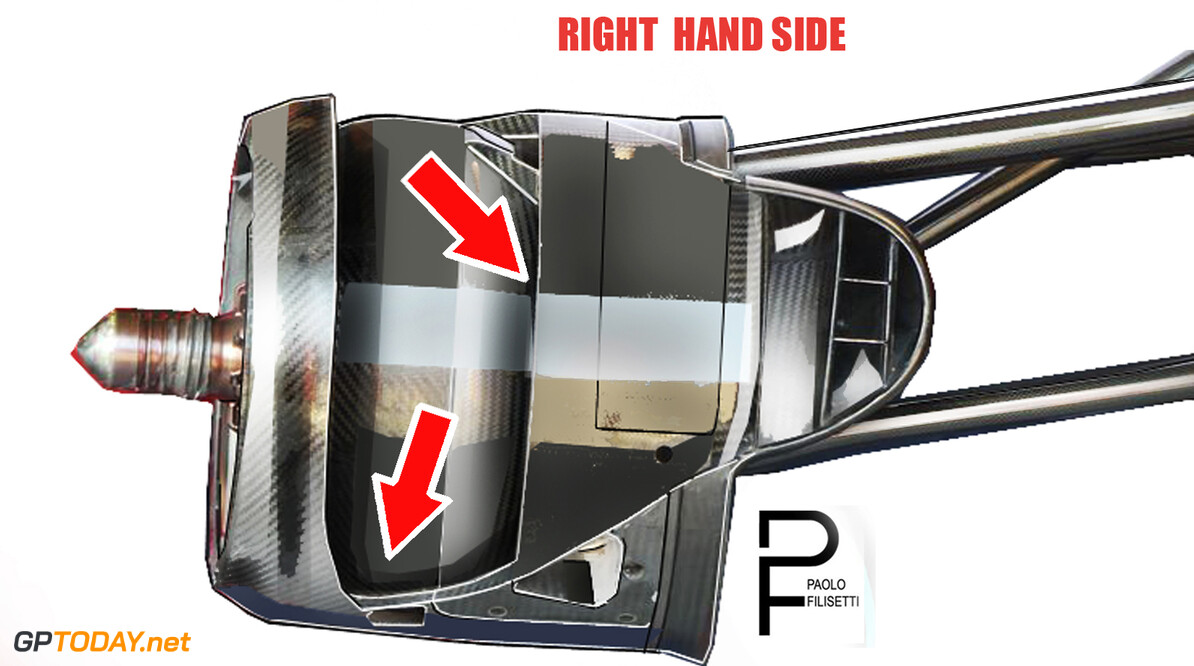