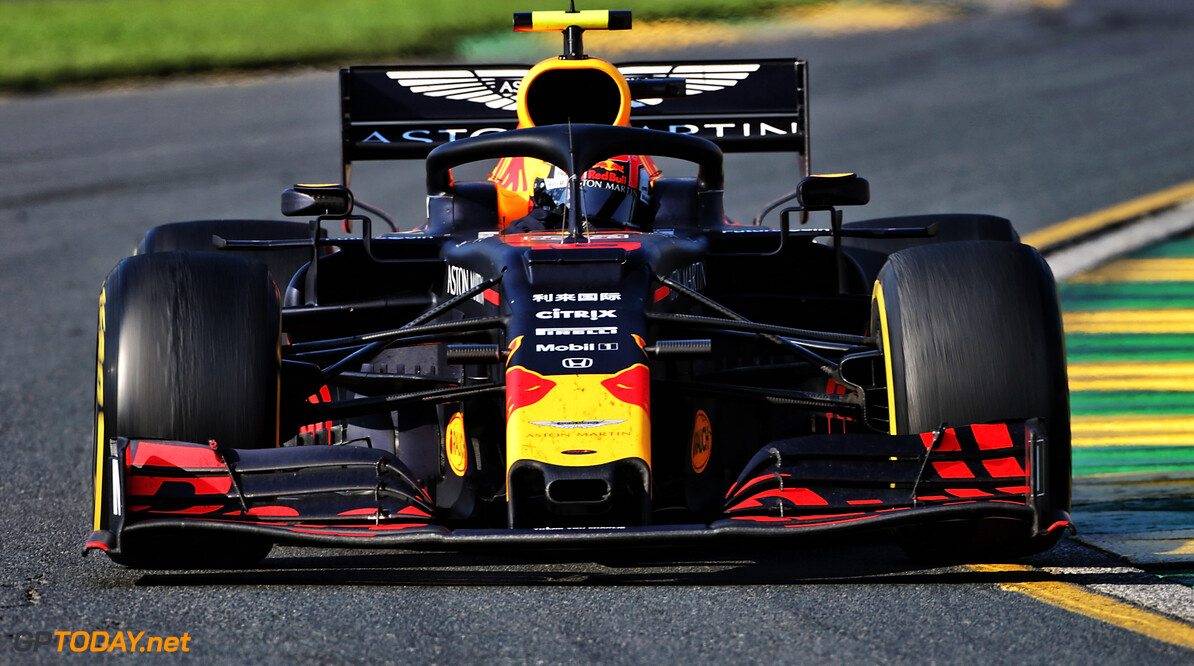 Red Bull's Pierre Gasly says he couldn't see the start lights on the grid due to the higher rear wings for 2019.

Gasly commenced the race from the rear of the field after he dropped out of qualifying in Q1 on Saturday. With the aim of returning to the front on his Red Bull debut, the Frenchman failed to score a single point for the energy drink squad, coming home in 11th.

It was a tough race for the 22-year-old from the get-go, as he revealed he had to use drivers around him as a reference for launching off the line.

"It was a pretty difficult race," Gasly said. "With the new bigger rear wings, I couldn’t see the lights on the grid so I had to react with the cars around me and I lost a couple of places.

"Then I got stuck in traffic and even with the DRS, it’s super difficult to overtake here plus I had some debris in my front wing which didn’t help.

"I spent the whole race five tenths from the car in front but my tyres were just sliding and I couldn’t get past. I pushed as much as I could and I tried everything but it wasn’t enough to make it into the points."

Gasly takes hope in the fact the pace throughout the weekend looked strong and is now looking forward to Bahrain, where he recorded his best F1 finish 12 months ago.

"In general, the pace over the weekend was really good. In qualifying, we got knocked out of Q1 but I was happy with my first lap and it was just unfortunate that we didn’t make it through.

"Bahrain is a race I really like and we’ve seen the car is competitive so we’ll keep our heads down, stay focused and give a big push in two weeks’ time.