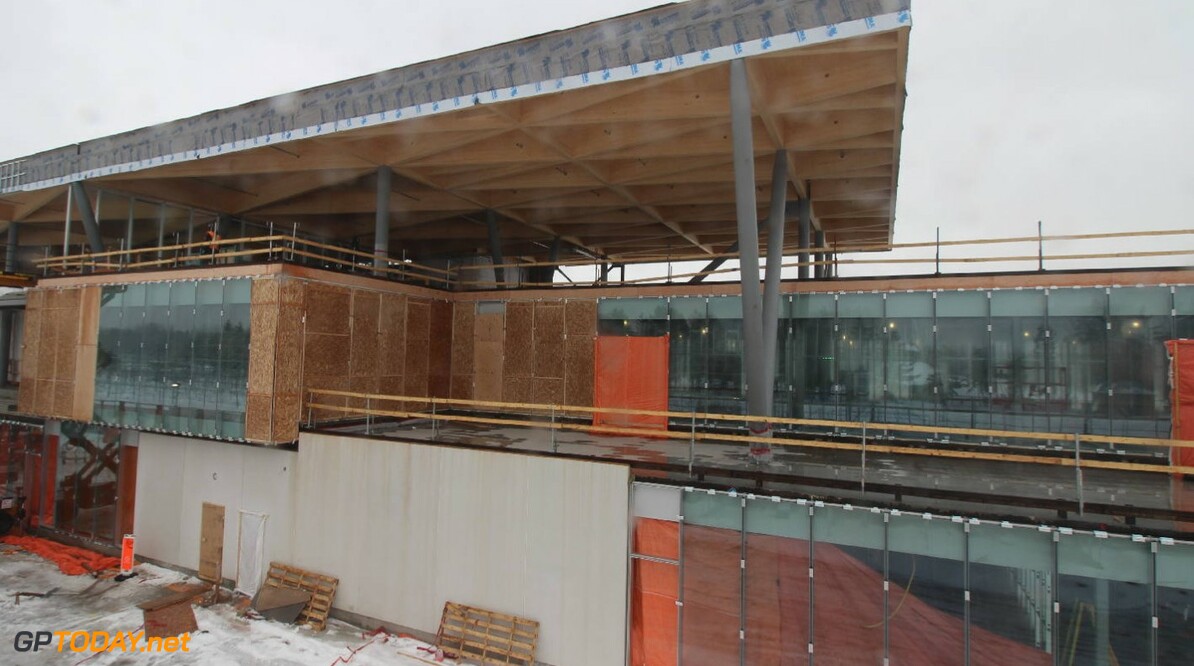 The Circuit Gilles Villeneuve is currently working through the planned changes to its paddock. The circuit announced late in 2017 that the refurbishments would cost $48 million and would be financed by the City of Montreal and Quebec's Ministère des Affaires municipales et de l'Occupation du territoire.

"At the moment everything is on schedule," a spokesman for the circuit told F1Today.net. "It's -18°C here at the moment, but during the work, a severe winter has been taken into account. The outlook will be a little better next week, when the temperature will be slightly above freezing. People will then resume work outside.

F1Today also contacted Group Geyser, who are responsible for the construction work: "We have developed a plan so that the work can continue in a large warehouse. This has the advantage that we make certain constructions on location and only have to build them up. We will be ready well in time. The photos show that Canada has done an enormous amount of work within a short period of time.

Whether the project is on course to exceed the budgeted amount could neither be denied or confirmed by both the circuit or Group Geyser.

The Circuit Gilles Villeneuve has hosted a race every year since 1982 barring 1987 and 2009, when no Canadian Grand Prix was held. The event this year will be the seventh round of the 2019 season, and will take place on from June 7th - 9th.