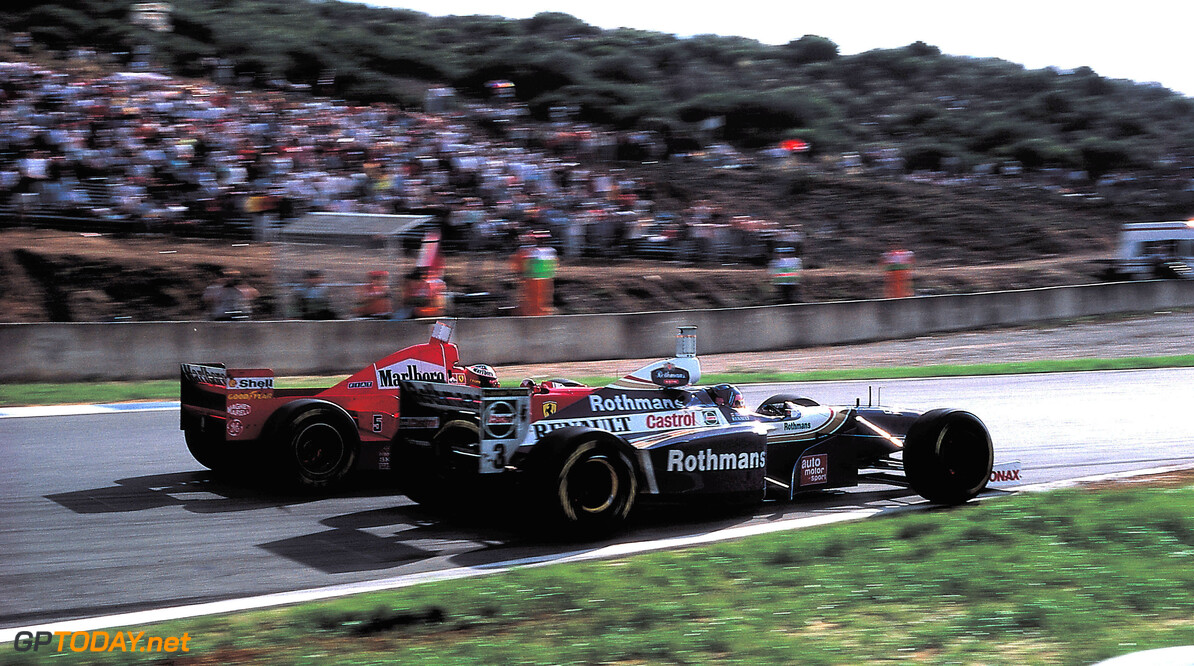 F1 reveals the next classic race it will stream

Formula 1 has announced the next classic race that will be streamed on its social platforms for fans to enjoy.

On Wednesday, April 8th, viewers will be able to tune into the 1997 European Grand Prix at Jerez, which was the final round of the season.

Heading into the event, Michael Schumacher led Jacques Villeneuve in the drivers' standings by a single point, while Williams had already secured the constructors' title.

Villeneuve's Williams teammate Heinz-Harold Frentzen was third in the championship, but was long since out of title contention.

The event is famous for what happened in the title showdown between Schumacher and Villeneuve, but also for the events that occurred during qualifying.

Villeneuve took pole position for the race, however his lap time of 1:21.072 was exactly matched by Schumacher and Frentzen. As Villeneuve set the time first, he took pole for the start of the race.

The race itself will be shown live on Formula 1's Facebook and Youtube pages at 7 PM BST.