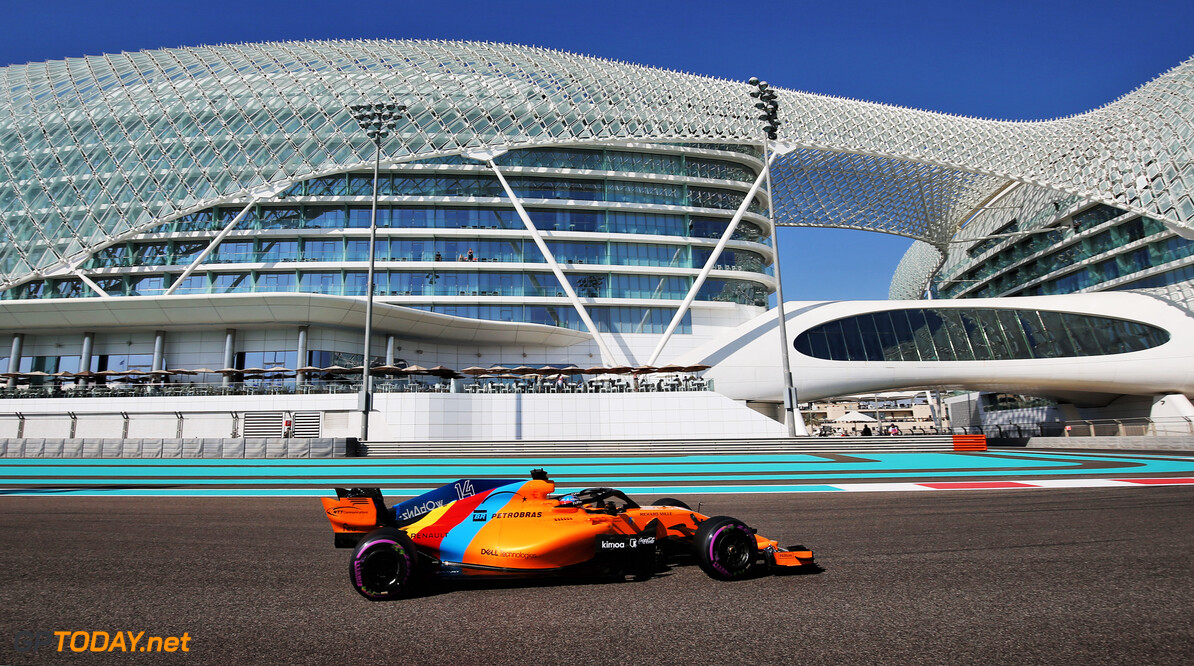 Alonso: McLaren has to be realistic about 'tough' weekend

Fernando Alonso believes that McLaren is in for another tough weekend after the opening day of running at the Yas Marina Circuit. Alonso ended the second practice session in P13, while teammate Stoffel Vandoorne was a further 1.2 seconds behind the Spaniard.

This weekend will mark Alonso's expected final race in Formula 1, however he hasn't ruled out the possibility of returning in the future should the conditions be right. As he prepares for an emotional goodbye, the double-world champion states that McLaren has to be realistic about its chances in Abu Dhabi.

“In such hot conditions FP1 wasn’t very representative, so it gave us a little time to experiment with some stuff for next year’s concept in terms of car development," he said. "In FP2 we concentrated more on this weekend, testing two types of tyres and got some useful information. We’ll be more ready for tomorrow and we’ll see where we are.

“If the track is going to be that hot again tomorrow for FP3, we’ll do some more tests for next year, and hopefully gather some good information for the team. This weekend is going to be tough for us. We need to be realistic. Friday is normally a little bit better as people are hiding, and we expect qualifying to be difficult.”

Since the return after the summer break, the Woking outfit has bagged two top ten finishes in Singapore and Mexico. The team has focused much of its resources on 2019 for some time now, where it will bring in Carlos Sainz and Lando Norris.

But CEO Zak Brown says that Alonso will remain an integral part of the team, even suggesting that he could test the 2019 car: "Fernando is extremely intelligent and extremely experienced, loves Formula 1, loves racetracks," he said.

"If he's not at a World Endurance race or Formula 1 race, he's at an IndyCar race or he's at his go-kart track. So I think you'll see him around McLaren, he remains part of the family, and where his influence will come in is helping our two drivers, he knows Carlos [Sainz Jr] pretty well, he's gotten to know Lando [Norris] very well, so he'll be a big benefit there.

"And then with the engineers and just helping us all work together to understand what next year's car is doing, what the feedback is from the drivers, and what would Fernando do in a certain situation - that experience will be very valuable to us."