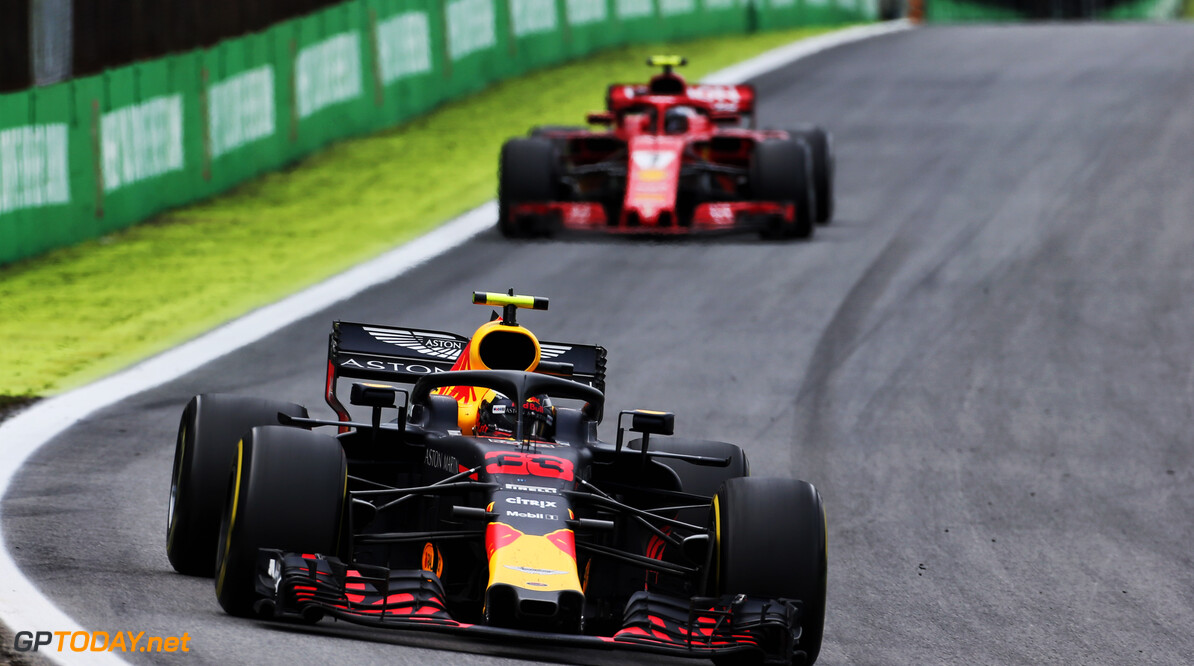 Max Verstappen says that Red Bull beat its expectations at the Brazilian Grand Prix on Sunday. The energy drink squad was not believed to be in contention for the race win, but it became clear after the opening sequence of laps that it had a real chance.

Verstappen made his way from fifth into second after passing the two Ferraris and the Mercedes of Valtteri Bottas. He then went in chase of race leader Lewis Hamilton, and managed to overtake him after emerging from the pits on much fresher and softer tyres.

"The car felt amazing all race, even with a damaged floor towards the end,” said Verstappen. “The set-up, balance and strategy were perfect. To be this competitive at a track we didn’t expect to be is really positive, and makes me look forward to Abu Dhabi. We have come away with a P2, which should have been a win. This shows we were performing really well, beyond expectations.”

Verstappen's damaged floor came about after contact with Esteban Ocon, which gifted the lead and ultimately the win to Hamilton. Verstappen managed to close down the gap by over four seconds in the last handful of laps, but couldn't re-take the lead.

“You know all the cut-outs you have on the side of the floor, that whole area, so I guess that’s this wide [gestures a gap of about 15-20cm] that was completely gone so it was pretty bad," he said. "I lost a lot of downforce. I had to lock a lot of tools on the steering wheel but that was still not enough. But still the car was quick. We could have been much faster, for sure.”