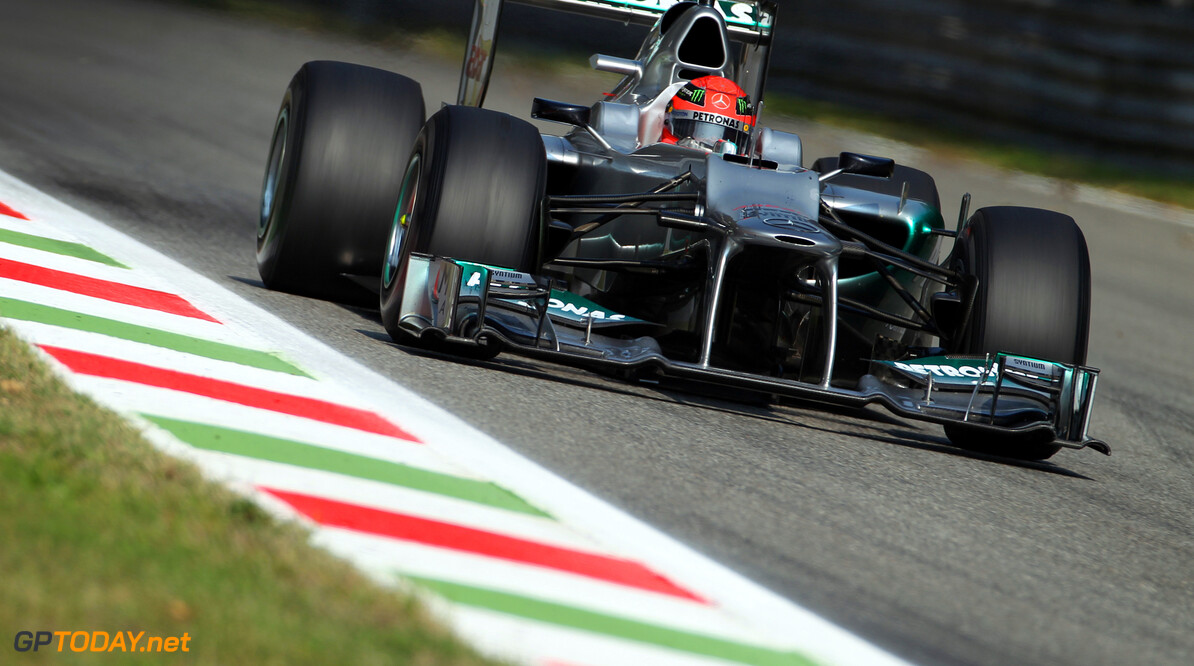 Hamilton aiming to get 'close' to Schumacher's records

Lewis Hamilton says that he wants to get close to Michael Schumacher's records in Formula 1 before he calls it a day on his career. The Briton wrapped up his fifth world title last weekend in Mexico, drawing level with Juan Manuel Fangio.

The Mercedes driver is two titles behind Schumacher's record of seven titles and 20 victories behind the German. Hamilton signed a new deal with Mercedes last season that ties him to the Silver Arrows until the end of the 2020 season.

“I was just really not trying to take anything for granted,” said Hamilton. “The way I’ve always approached it is I’ve just been really thankful for the ones I have. I’m very, very fortunate to be up here now, obviously with more than most people have, and I don’t take that for granted.

“Whether or not I’m going to have the chance to win more, who knows? I’m going to give it everything to do so. The 91 wins that he [Schumacher] has, for example, that’s a lot of wins. There’s still a long way to go but I’m here for a few more years, so I’m hoping that I can at least get close.”

Hamilton is also 23 podium finishes behind Schumacher's record of 155. Despite closing in on the former Ferrari driver's records, Hamilton says that he could never classify himself as the greatest the sport has seen.

“Michael’s still quite far ahead in race wins so you can have to say he is still the greatest of all time, said Hamilton. "Fangio, I think, is the godfather and always will be, from a driver’s perspective. To do what he did at that time, when everything was so dangerous, my respect is so high for him.

"I feel very honoured to have my name alongside his. If I stopped today, the Hamilton name will always be there. I feel like I’m still driving with that fierce fire that I had when I was eight years old, which I love.”