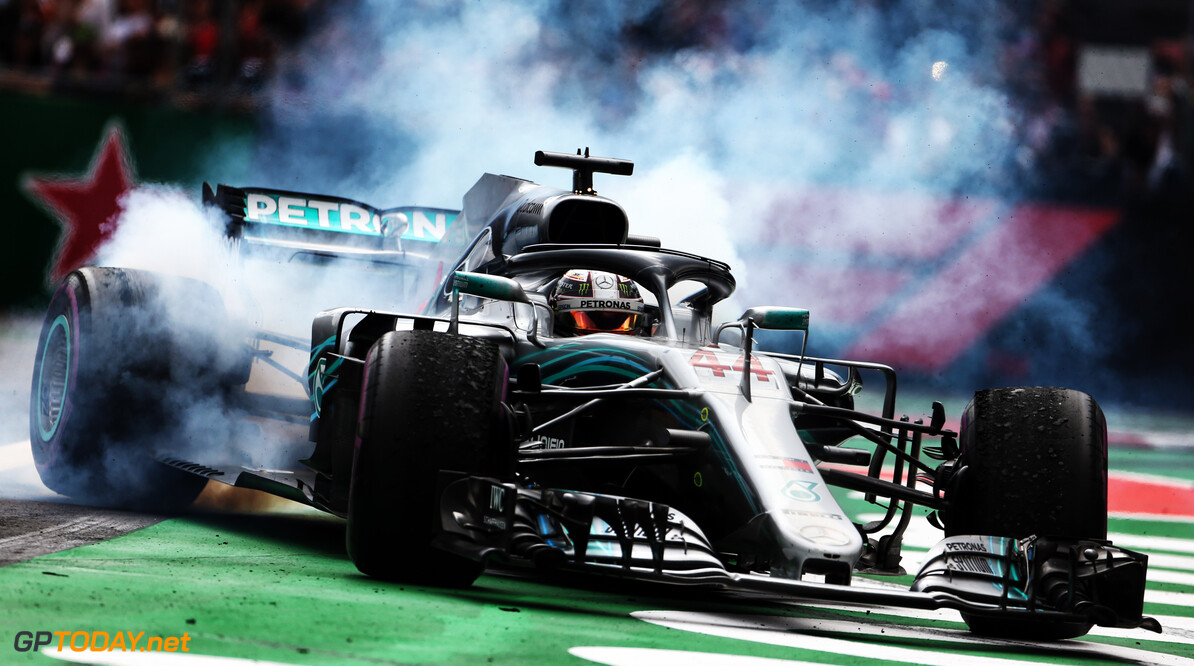 Formula 1's motorsport director Ross Brawn has offered praise to Lewis Hamilton following the Briton's confirmation of a fifth world title in Mexico. Hamilton crossed the line in fourth place last Sunday, which was enough to seal the championship with two rounds to spare.

Hamilton joins Juan Manuel Fangio and Michael Schumacher in the list of drivers who have five or more titles. Brawn says that it is hard to know how to congratulate Hamilton, who has accomplished a lot in a short space of time in Formula 1.

"It’s hard to know how to congratulate Lewis for his fifth world title,” said Brawn. “It puts him level with the legendary Juan Manuel Fangio and that’s simply incredible. It’s also hard to find a sportsman in any other field who has achieved so much in so short a space of time.

“This is Lewis’ 12th season in Formula 1 and he’s won the title in almost half of them, which is truly amazing. It’s always hard to draw comparisons, but this was maybe the hardest won of all his titles.”

Brawn worked with Hamilton when the 33-year-old joined Mercedes in 2013. Brawn, who also worked extensively with Michael Schumacher, says that the two are very similar in their abilities to win races no matter the circumstance.

"This year Mercedes faced stern opposition, again from a Ferrari car that was usually more competitive, as indeed was the case in Mexico,” said Brawn. “To take the title with two races remaining is even more impressive, with Lewis supported by an equally brilliant team.

“If I had to choose one characteristic that makes Lewis special, it’s his ability to win so many races in which he wasn’t the favourite, as we saw several times this year – in Hockenheim, Budapest and Monza to name but a few.

“Of course, he also won those in which he was deemed to be the man most likely to win. It’s a characteristic he shares with the only driver to have won more titles than him – Michael Schumacher. Lewis was already part of Formula 1’s history and now he is truly a legend of the sport.”