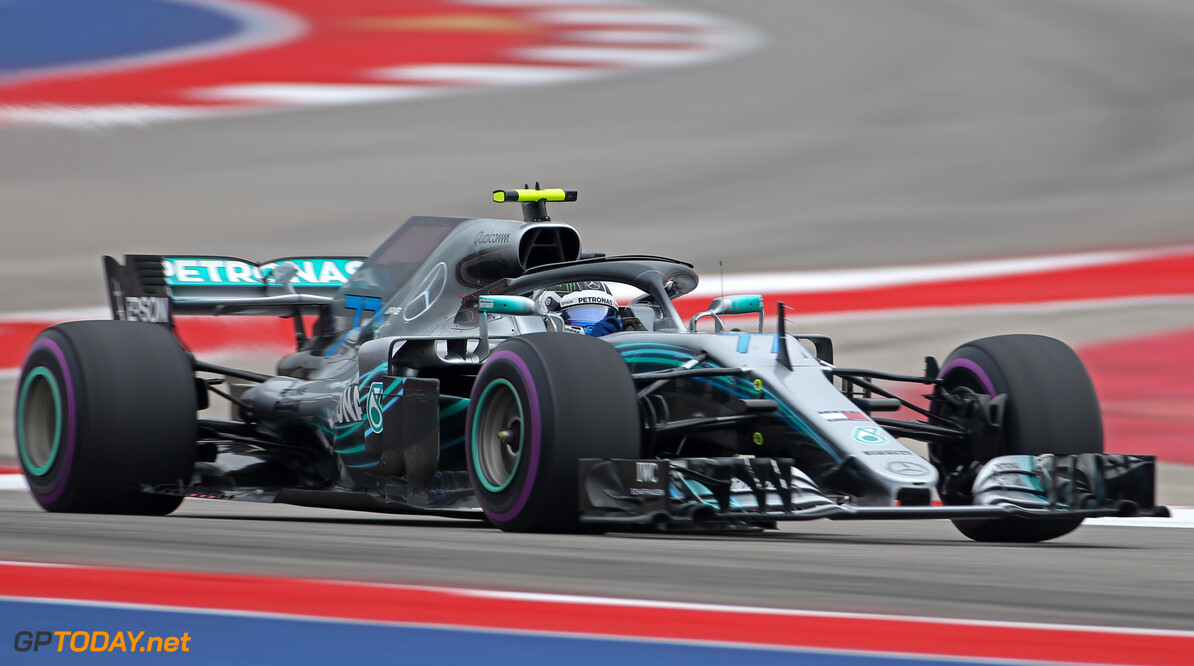 Valtteri Bottas says that the poor state of his tyres at the end of the US Grand Prix allowed Sebastian Vettel past for fourth place. The Finn was trying to keep the German behind, who is chasing his fifth title despite having a huge disadvantage in the championship standings.

Vettel spun around early on in the race after making contact with Daniel Ricciardo. The Ferrari driver climbed his way back through the field and caught Bottas towards the end. Bottas managed to hold him off for a number of laps but Vettel found his way past in the final handful of laps.

"I think it was about five laps too many for my tyres," said Bottas. "I told the team, maybe three laps from the end, that the tyres were suddenly starting to go and I was struggling in all the corners for traction. I tried to defend but he [Vettel] had just better life in the tyres and pulled more than five seconds in just one and a half laps, so it was pretty tough in the end."

Bottas fitted the soft compound to his car when he made his one and only pitstop during the race, which was the hardest tyre Pirelli brought to the weekend. The 29-year-old admitted surprise with the issues he had with the compound.

"For me the super softs worked well in the first stint and once people started stopping I was feeling comfortable with the tyres," he added. "Initially I had some problems with overheating but then it was getting better and better. As the tyres were wearing we could push a bit more and even with the supersoft it was good.

"Obviously the soft was always going to be unknown. Normally it has been the better tyre on the long runs but today, for some reason it didn’t quite work," he said.

During the race, Bottas' teammate Lewis Hamilton made a second pit stop and rejoined behind Bottas. The Finn let him through, as he did earlier on in the race and says that he is happy to aid Hamilton's charge for a fifth world title.

"I would have been happy for him [Hamilton] to win it here," said Bottas. "Obviously I was trying everything I could, I lost myself two or three seconds every time I had to let him by, so for sure that compromised me a little bit. But maybe he’ll win in the next one."