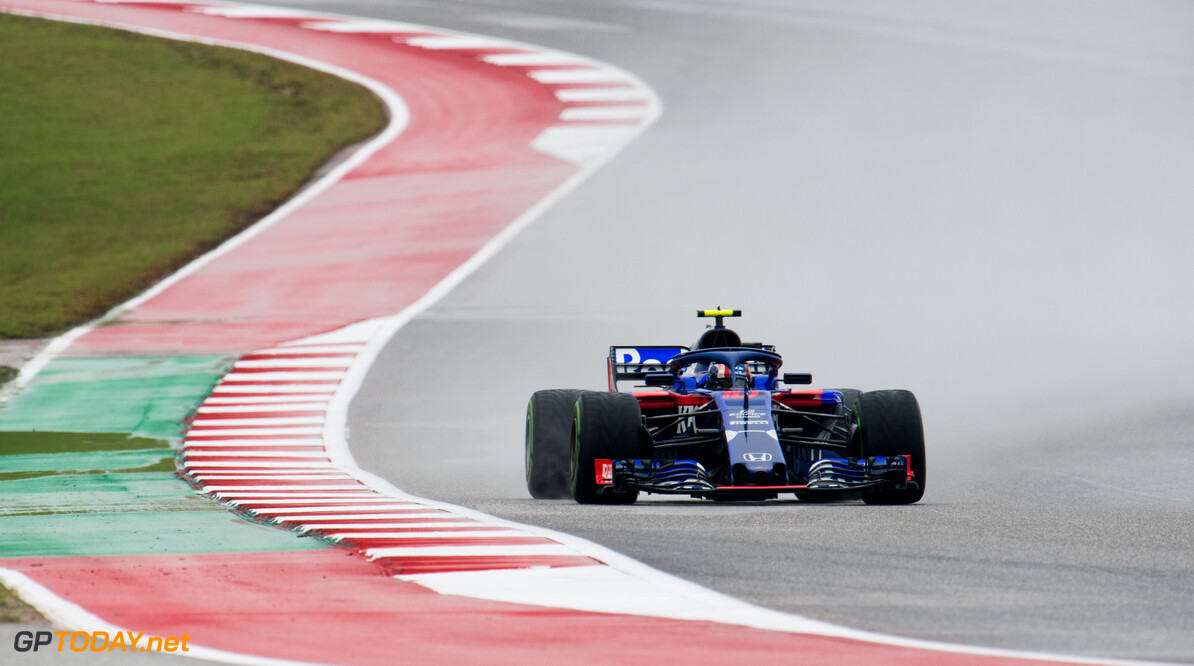 Pierre Gasly has described his Friday at the Circuit of the Americas as "productive", despite rain limiting the value of running. Showers fell all day in Austin, Texas, which meant a slick tyre didn't come close to being used during the opening day of action.

Gasly ended the second session in an impressive second place, over one second down on pace-setter Lewis Hamilton. The Toro Rosso received a big upgrade for the weekend, with the Frenchman set to continue to use the new parts for the remainder the weekend.

Running during the afternoon session was limited, with a car not appearing on track until the second half of the 90-minute session. Gasly led the timesheets for some time before being pipped by Hamilton, but was pleased with how positive the changes were from FP1 to FP2.

“It wasn’t super exciting, we spent a lot of time out of the car with the conditions. But in the end it was pretty productive for us compared to the others,” said Gasly. “This morning was a bit tricky, I wasn’t so comfortable with the car, the tyres, and it was a pretty difficult balance. But then we made some changes for the afternoon – and the car was fantastic.

“It was good changes from the team. I felt confident and (we showed) good pace, it’s always nice to see us on top even though all the cars didn’t run. Still the feeling with car was really good. It's my first time in Austin and I really enjoyed it,” he added.

Gasly takes on a new power unit this weekend and will start the race from towards the back of the field. However, the Red Bull-bound driver is confident he can fight his way into the points with his upgraded Honda engine: “We saw in Suzuka it was a really positive improvement - for sure it’s not ideal we are going to start P20 and P19 at the back of the grid.

“But I think with the new spec we can clearly fight the others a lot more than we used to before. It’s always nice when you start from the back, because you know you’re going to have an exciting race, a lot of battles,” he concluded.