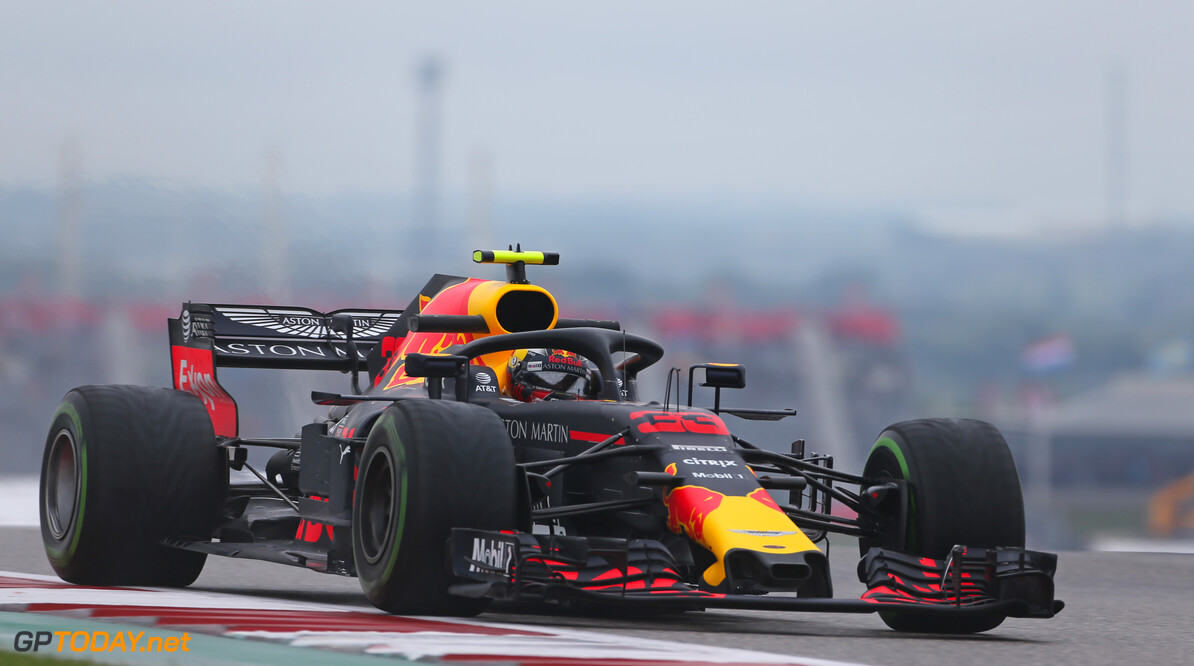 Max Verstappen says that Formula 1's current tyre regulations make practice in the wet useless. The opening two sessions from the CIrcuit of the Americas in Austin were hit with rain, as teams and drivers chose to limit the running on Friday due to the tricky conditions.

Tyre saving was also in mind, as Pirelli provides just three sets of intermediates and extreme wets to each driver per weekend. With the weather on Saturday expected to mirror conditions on Friday, teams opted to save the sets in case they are needed throughout the weekend.

Verstappen says that Pirelli should look at changing the rules going forward: "You only have one tyre set which is already used from first practice and then there’s not a lot of grip left,” the Dutchman stated. “

"We don’t want to use any other tyres because we want to maybe use them in qualifying. So it is a bit useless. Not much driving just sitting around but that’s how it goes sometimes. If we had more tyres, there would have been more running. That would have been better.”

Ferrari's Kimi Raikkonen backed up Verstappen's comments by saying: "We obviously ran as much as we could. We had one set we can basically use without penalising ourselves, so that’s really the limit for running. But it was better than nothing.”