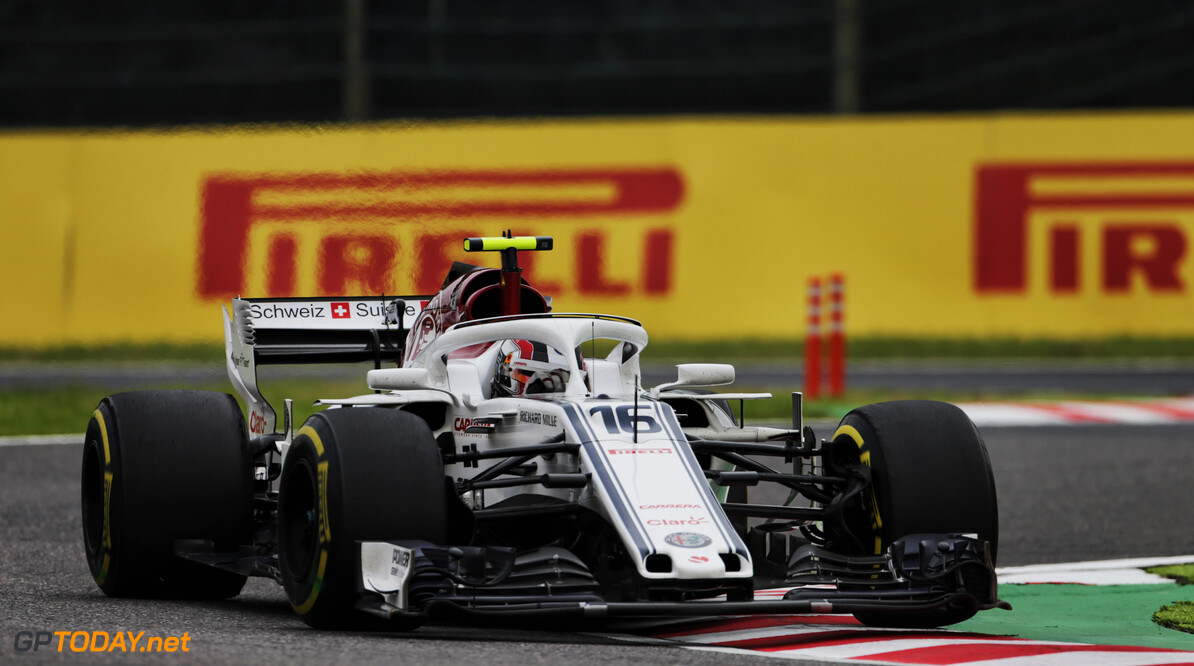 Charles Leclerc has expressed his unhappiness after he sustained damage to his car following an incident with Kevin Magnussen. The pair were racing during the opening two laps before they made contact on the start-finish straight.

Magnussen had pulled off an impressive overtake around the outside of Leclerc at 130R. However, the Monegasque driver came back at the Dane and pulled to the right side of the track to attempt a move up the inside into the first corner.

But Magnussen then pulled his car over, causing Leclerc to run into the back of the Haas driver. Magnussen sustained a puncture and retired from the race, while Leclerc struggled before a separate car issue landed him a spot on the sidelines later on in the race.

"Magnussen is, and will always be, stupid,” he said “For me, there was a similar situation with Kimi and Max in Spa [in 2016]. [That was] where Max moved at the really last moment and everyone agreed that it was dangerous to do that and that it was not allowed anymore. But strangely it has been accepted today so I will have to get some response on that [from the stewards] to just know what I can do in the car.”

Talking about the incident from his point of view, Magnussen said: “I went to the right and I think he followed for a bit and then went back to the left. It’s unfortunate but that’s what happens sometimes."

Charlie Whiting explained why the decision was deemed a racing incident and Magnussen walked away without a punishment. The Briton stated that the two moved over at virtually the same time: “It was quite an interesting one actually. It was in two bits as you know, on the straight and then in the corner. He got the puncture in the first one.

“And if you analyse it very, very carefully, what you see is two cars coming down with Kevin not moving, and then Charles catches, catches, catches, he decides to go to the right, and at exactly the same time, on the video, one frame, there’s one frame difference, then Kevin moves.

“I think it’s impossible to say that Kevin blocked him, it was just he made the decision that he was going to go right, fractionally after Charles had. You had to look at it quite a few times and analyse it in little detail to see that, but I think that it’s just unfortunate, and that’s what the stewards felt.”