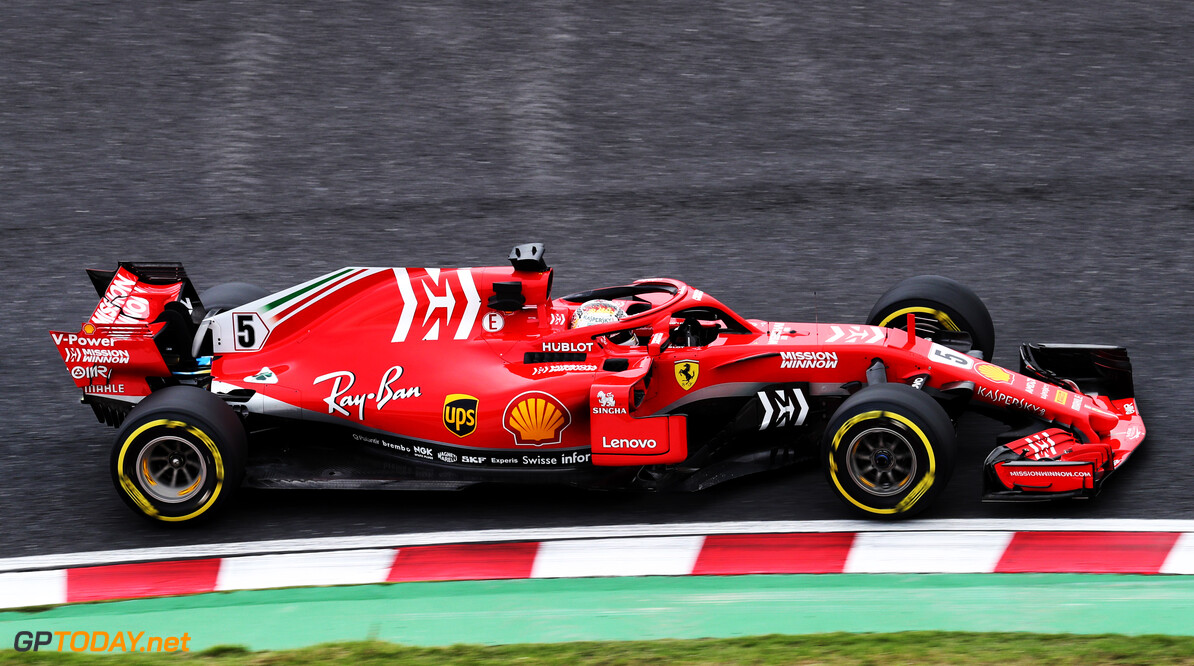 Sebastian Vettel has conceded that he made a mistake on his first run during the final session in qualifying. The German first came out onto the circuit with the green-walled intermediate tyres fitted to his Ferrari as there was some rain at the end of Q2.

However, it was quickly apparent that the circuit was better suited to dry tyres. Both Vettel and his teammate Kimi Raikkonen returned to the pitlane immediately to have the super soft compound attached to their cars, before setting off on their hot laps.

But both men made a mistake at the same point on the circuit, coming around the long left-hander of the Spoon Curve. They both hit a damp patch which threw them off line, ruining their laps. Raikkonen crossed the line to jump into fourth, but Vettel could only manage ninth.

"I think the first run was okay, I made a mistake at Spoon and lost most of the time there," the four-time world champion said. "For the second run, we didn't make it out in time because the rain came and we were too late."

Ferrari brought Vettel back in for a fresh set of super soft tyres, but the rain then began to fall, solidifying Vettel's P9 starting position. The former Red Bull driver admits it's not going to be easy to come back from further down, but is confident he can make it happen.

"Obviously, it's not the position we deserve to be in, we have better speed than ninth," he stated. "But we start from there so we'll just see how it goes. Anything can happen tomorrow, its a new day, it's not easy when you start further back but it's not impossible."