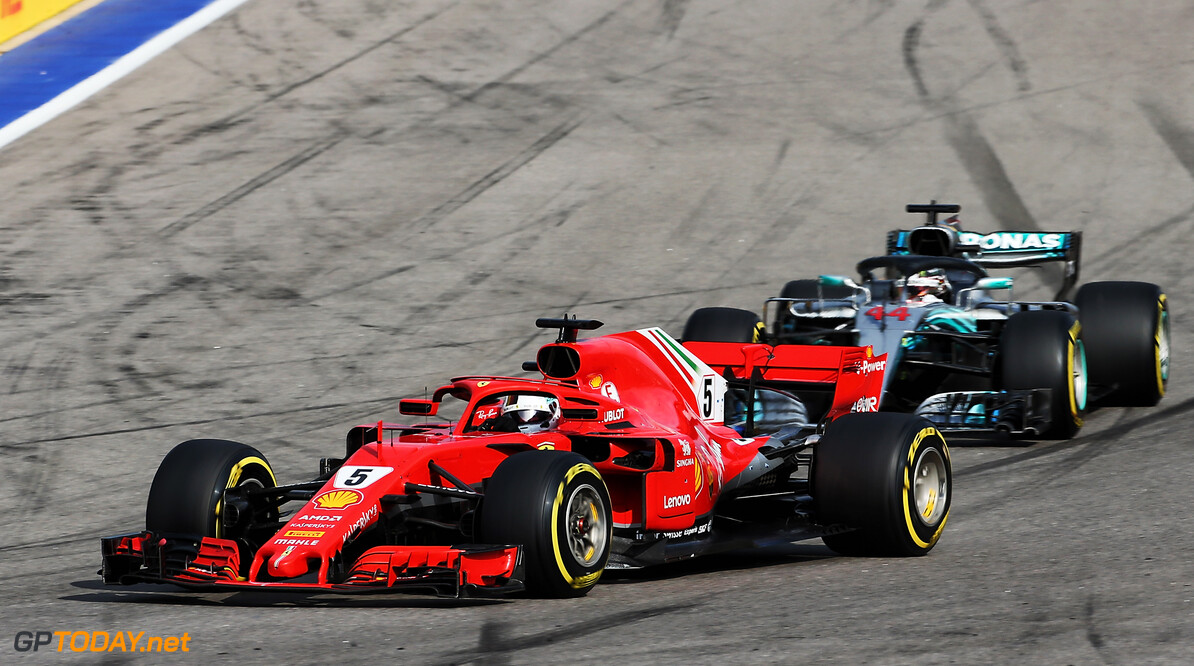 Sebastian Vettel says that a tiny lock-up allowed Lewis Hamilton to re-overtake him for second place during the Russian Grand Prix. Vettel got past his championship rival during the pit-stop phase of the race, stopping one lap before the Mercedes driver.

Hamilton re-emerged behind Vettel but gained on him before Vettel made a "tiny lock-up " which compromised his run through the final sector. Hamilton tried to pass at Turn 2 but failed, before sending his Mercedes up the inside of Vettel at Turn 4 and completing the move.

"I mean, obviously Valtteri, as soon as he saw I was behind, he backed off,” Vettel said after the race. “I lost one and half seconds just to make me probably run into him but I didn’t mind because I thought I could sneak DRS.

“But, I had a tiny lock-up there [Turn 12] and then the last two corners were particularly difficult. Lewis was close and he was on really new tyres, whereas mine were just a lap old but not new.”

Speaking about his battle with Hamilton, Vettel said:  "We surprised them with a very good outlap. We managed to surprise Lewis but then Valtteri was backing off and we struggled a bit in the last sector so Lewis was close.

“Then he had a run into Turn 2. I managed to cover but then I didn’t see him through the left-hander [Turn 3], I wasn’t really sure where he was. I saw that he was somewhere on the outside but then I think you also need to be fair enough and give room, even if I didn’t want to, to make sure it remains hard but fair.”

Vettel now trails Hamilton by 50 points in the championship and has not won a race since the Belgian Grand Prix. Hamilton recorded his third victory in a row, which is his first hat-trick of the season.