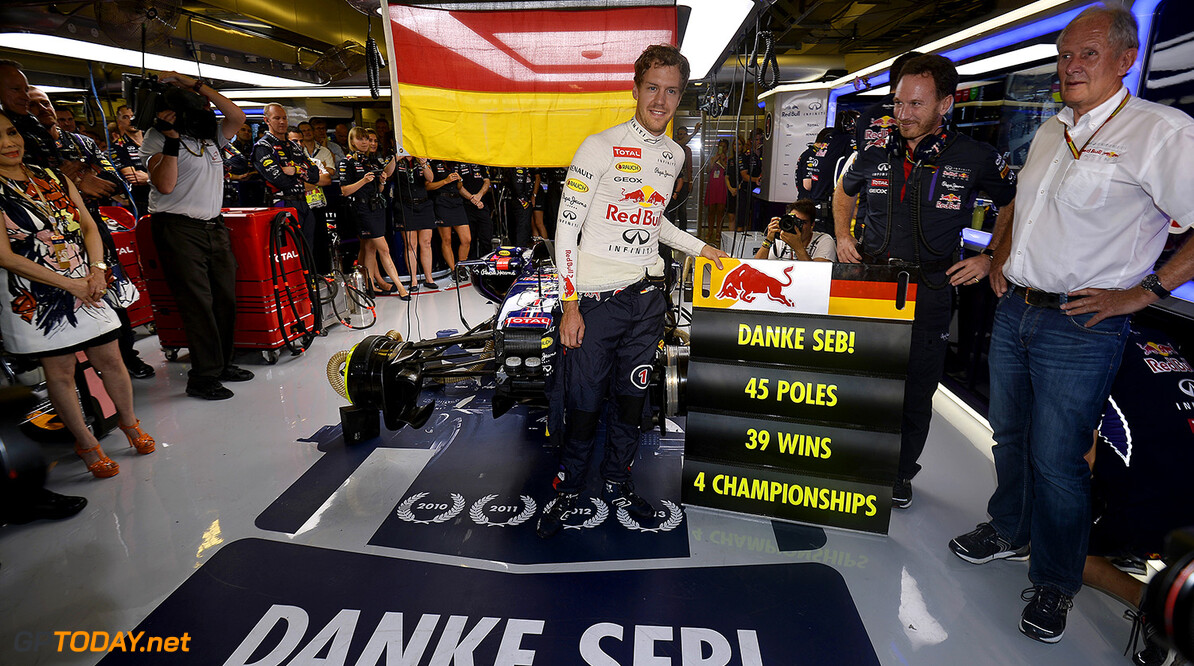 Vettel used to be very good under pressure - Horner

Christian Horner has said that ex-Red Bull drive and now Ferrari championship contender Sebastian Vettel will have to reproduce the end of season form that he showed during his dominant Red Bull years if he is going to beat Lewis Hamilton to a fifth world title.

In the past few races, Hamilton has been able to open up a whopping 40 point lead on his German rival, due to a series of mistakes from Vettel and Ferrari. Vettel crashed whilst leading in Germany, in a race where he looked certain to take the victory. He also made contact with Hamilton at Ferrari's home race in Monza which cost him more valuable points as Hamilton went on to take the win, ahead of Raikkonen with Vettel in fifth.

Because of this, Vettel has set himself the goal of winning all of the last six races which is what it will take in order to clinch the title by two points (assuming that Hamilton finishes second each time).

Horner pointed out that, although it is a tough goal, it is worth remembering how Vettel clawed his way back into contention in both 2010 and 2012: "Usually he's very good under pressure. He certainly won't give up, he was 40-odd points before down I think in 2012. But obviously it will be disappointing for him to have lost out to Lewis [in Singapore].

"The Ferrari is a very quick car. There's still six races to go, 150 points available. Anything can still happen but Lewis is over a [race win] and third place ahead. Obviously it looks like Lewis is in the driving seat now. He's just got to be consistent to year-end. It's going to be an uphill battle [for Ferrari] to get themselves back into it."