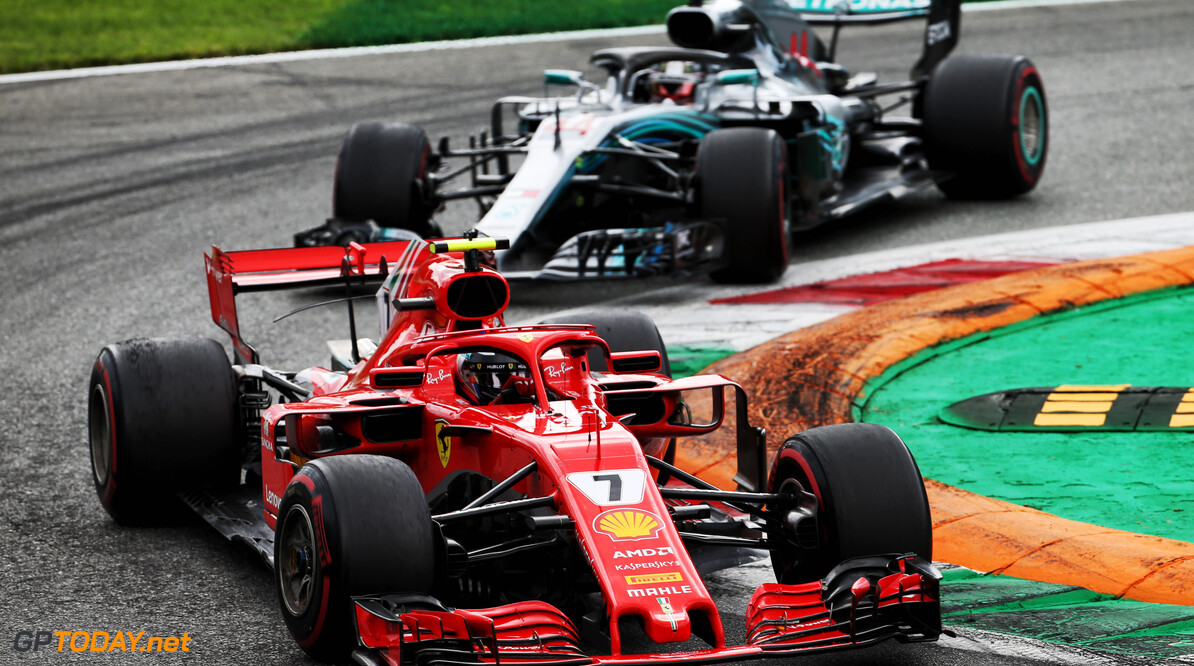 Brawn: Hamilton/Raikkonen battle was F1 at its best

Formula 1's managing director Ross Brawn has described the battle between Lewis Hamilton and Kimi Raikkonen at the Italian Grand Prix as a "great advertisement" for the sport. The pair were involved in a race-long battle for the win, with Raikkonen leading Hamilton for much of the race.

However, with just a handful of laps to go, Hamilton passed Raikkonen into Turn 1, with the Finn struggling on his worn tyres. Hamilton extended his gap to rival Sebastian Vettel in the driver's standings after the German spun at Turn 3 when he made contact with Hamilton.

"Events at the Monza circuit this weekend were a great advertisement for Formula 1,” Brawn said. “Sunday’s race was very exciting and closely fought with the winner only emerging once Lewis Hamilton had passed Kimi Raikkonen for a final time.

“The duel between Lewis and Kimi in Monza showed Formula 1 at its best, highlighting the talent of the drivers, the performance of the cars, tyre management and team-work between the drivers.

“During the weekend, the advantage swung back and forth between the two top teams. On Saturday, Ferrari had the upper hand, but Hamilton was there to hunt them down, forcing his way past one of them on the opening lap and the other towards the end.

“It was a great way to bring the curtain down on the European season and hopefully we will enjoy similarly spectacular races in the final third of the championship, as we tackle seven races on three continents in less than three months.”

Brawn commended the efforts of Hamilton, stating that the Briton needed to immediately bounce back after suffering defeat at the Belgian Grand Prix one week prior.

“Lewis Hamilton’s win was really well deserved,” he admitted. “After Vettel’s Spa win, Ferrari seemed to be flying on the wings of enthusiasm in Monza, aided by the support of their home crowd, and Lewis missed out on a front row slot by a whisker.

“But the championship leader refused to lose heart. After the start, he attacked aggressively but correctly, managing to get past Vettel, and thereafter he remained glued to the tail of Räikkönen’s Ferrari, putting the Finn under heavy pressure, while still managing to preserve his tyres.”