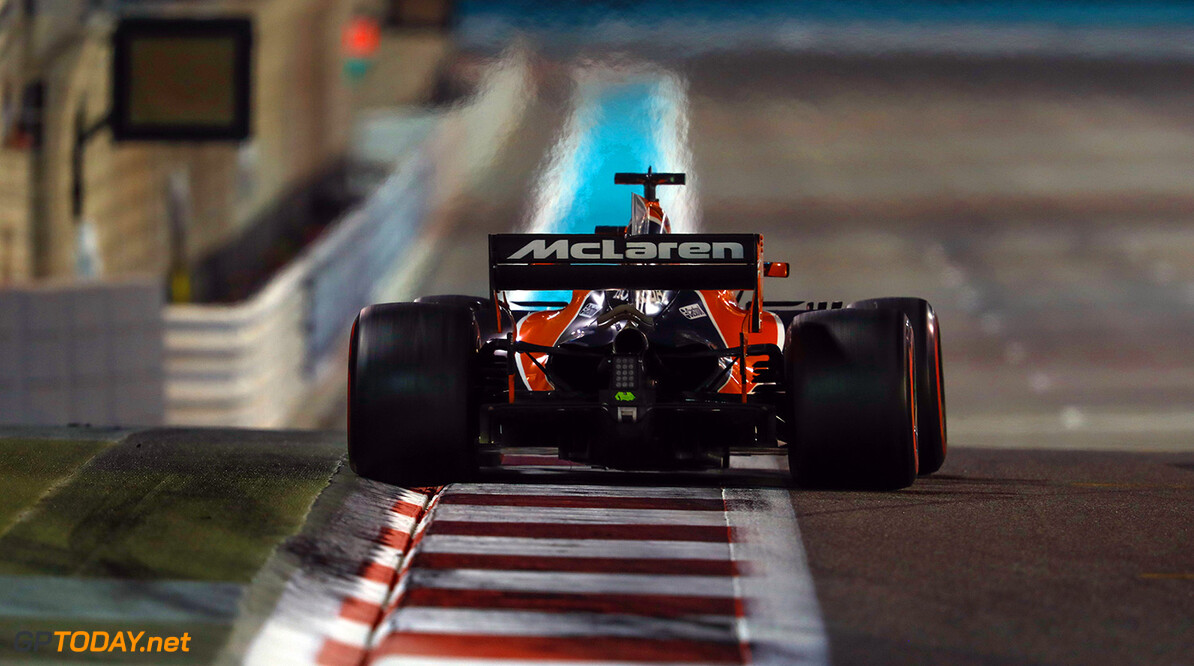 Fernando Alonso says that the crash he was involved in at the post-season test in Abu Dhabi was just a small kiss. Pirelli hosted its usual after season running, this time fitting the cars with the new tyres for the 2018 season.

Next year's tyres will be softer, with two new compounds being introduced. The first day of testing took place on Tuesday, with Alonso behind the wheel of the MCL32. He crashed beneath the Viceroy Hotel at Turn 19, but brushed it off.

"It's been very useful for us to have a read on the 2018 tyres," he said. "They felt good, I felt the performance was there and the degradation was under control, so generally I had a good feeling. I had a small kiss with the wall this morning and we lost some track time, but the mechanics did an amazing job to fix the car so we could go out again before lunch."

McLaren was also running a second car in Abu Dhabi, as Pirelli missed out on testing at Brazil amid fears of security. Oliver Turvey was in the cockpit of the second car, and stated afterwards that he was pleased with his day.

"This opportunity came up quite last-minute, but it was a nice surprise to be able to come to Abu Dhabi for the test," he said. "It's been good to have another opportunity to drive the MCL32 and work with Pirelli on tyre development, and to really get a good feeling for the car.

"Today has been very beneficial because I've driven on this track previously with McLaren, so it's been useful to do long runs, get used to the car's handling and find a rhythm," he added.