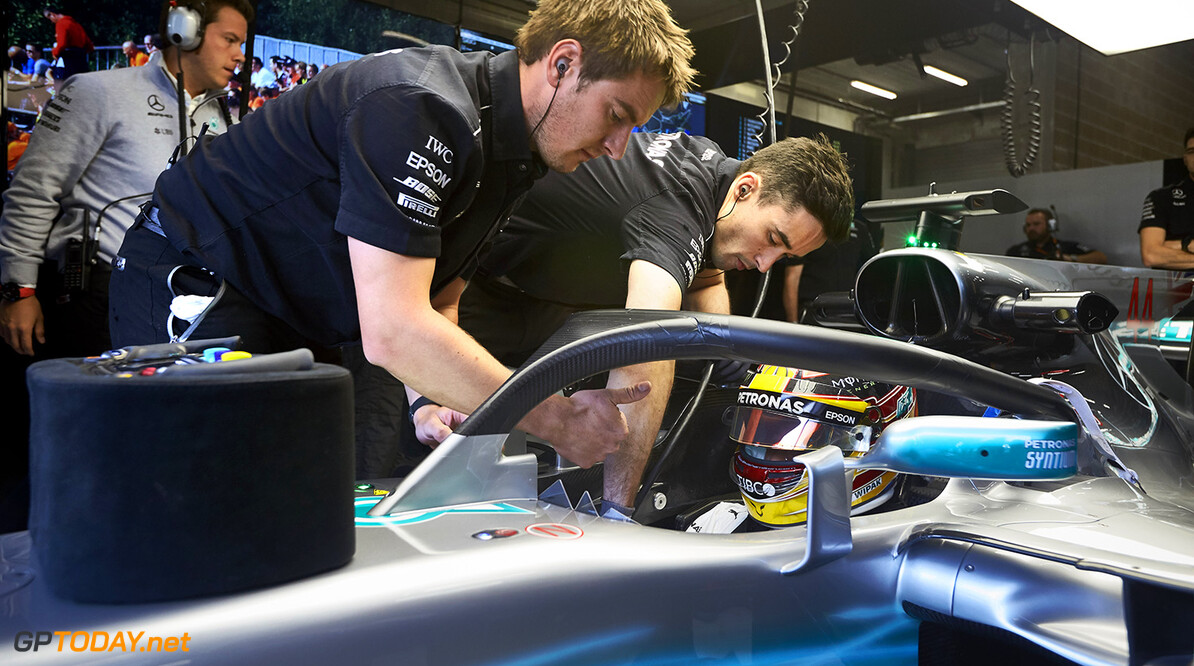 Four-time world champion Lewis Hamilton says that the Abu Dhabi Grand Prix this weekend will be the last race where the cars will look good. Next year, the controversial Halo will come into play, as the FIA looks to improve safety in motor racing.

The device has caused a stir in the paddock, with fans and drivers slamming it for its aesthetics. The Halo will also be used in Formula 2, a junior series that supports Formula 1 races on some weekends. It was confirmed last July that the Halo would be introduced next year.

Despite some drivers showing support for it, Hamilton has been a tough critic of the Halo, and thinks the look of the cars will go downhill from next year onwards: "It's the last of the years where it looks good, the last race where it'll look good," Hamilton said.

"I think from next year it's all downhill [but] safety will go up at least," he added. "Maybe I'll start a new flip-flop brand next year and be successful in some way.

Sebastian Vettel admits that the cars will indeed look a lot different next year, but doesn't think it will be as dramatic as people initially think. He added that drivers and fans will get used to the head protection.

"I think the cars will look different next year, everything I've seen so far looks different," said the Ferrari driver. "But on the other hand I think it's something we'll get used to, but no doubt the cars look better the way they are now. We'll work on the aesthetics so it'll look fine as well, so in the end it's probably less of a big deal."