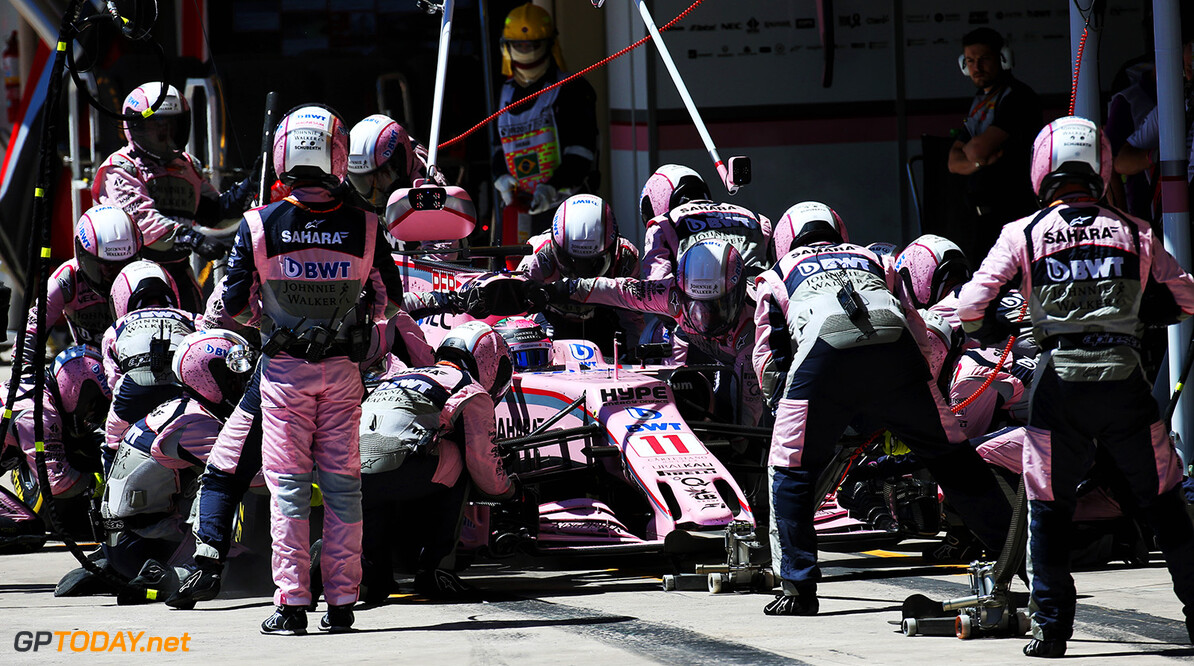 Force India to experiment with different parts in Abu Dhabi

With fourth place in the constructors' championship secure, Force India has switched its full attention to next year's car. The Silverstone based squad has ended up in fourth place for the second consecutive season, and team owner Vijay Mallya has expressed how proud he is of the achievements.

"Whatever happens in Abu Dhabi this weekend, 2017 has already been our most successful season to date," he said, "I can’t stress just how proud I am of our achievements. Claiming fourth place in the World Championship for two consecutive years doesn’t happen by accident and I have to pay tribute to each and every one of the 400 staff who played their part in making it possible."

The team will be running with 2018 parts during the free practice sessions to get an understanding of their effectiveness and further develop next year's competitor. After making his debut practice appearance in Brazil, George Russell will also be returning to the wheel during FP1.

"With fourth place secure, it’s nice to end the season free from pressure," Mallya continued. "Of course, the focus is firmly on 2018 and we will continue experimenting with different things on the car this weekend. We will also continue running George Russell in Friday practice. We have usually been competitive in Abu Dhabi and it’s important to end the season well before the start of a busy winter finalising a new car for 2018."

The Yas Marina Circuit may have some challenging and difficult parts for the drivers, but Force India's chief race engineer Tom McCullough has stated that it is tough for the engineers as well. He also confirmed that the team will use the weekend to help develop next year's car.

"The Yas Marina circuit is a challenge for engineers too: it’s very hard on the brakes and the practice sessions take place early in the day," McCullough said, "with higher track temperatures than those we experience during qualifying and race at twilight, meaning it’s important to assess the car requirements accurately."