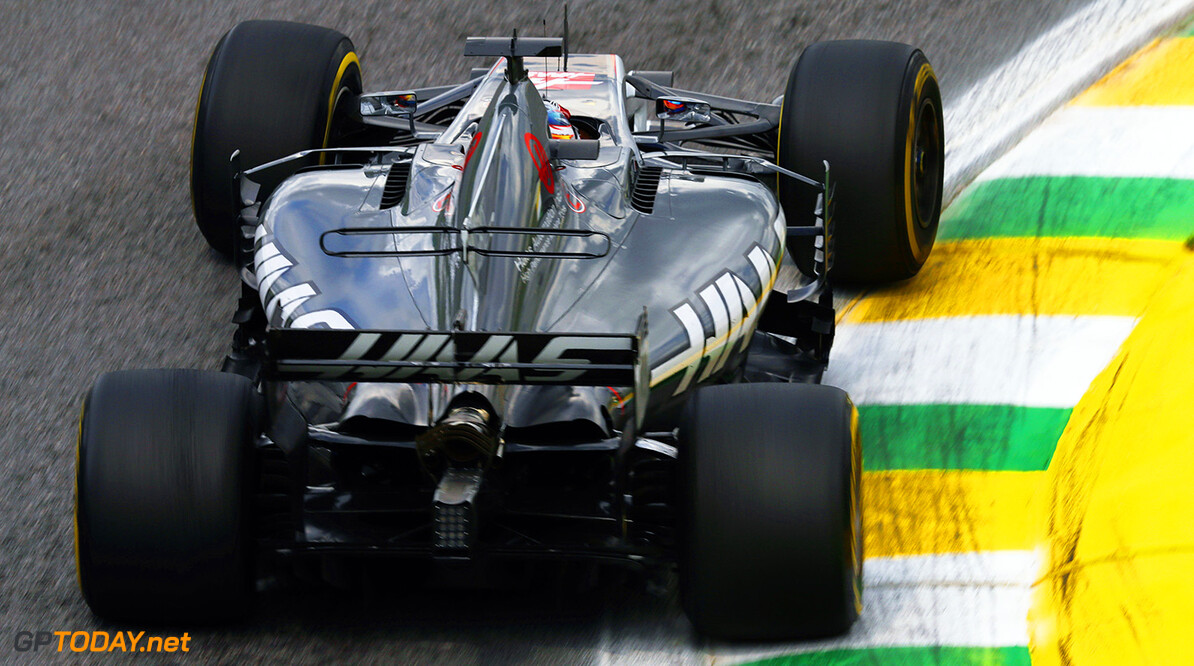 Haas still aiming for sixth in the championship

After a couple of turbulent weekends for Haas, Saturday in Brazil saw an improvement for the American squad, as both cars managed to escape the Q1 drop zone for the first time since the Belgian Grand Prix back in late August.

In recent races, Haas has seemingly slipped away from its competitors. It now lies eighth in the standings, but Romain Grosjean believes sixth in very much there for the taking. With two races remaining, Haas is 6 points behind Toro Rosso who currently occupies the spot.

"It’s a long race and track temperature will be over 50 degrees, so cars are going to be working in a different way," he said. "We’ll definitely see what we can do. Sixth in the constructor's championship is still there and we’re eager to get it."

Grosjean qualified for the Brazilian Grand Prix in twelfth place but is set to start eleventh, as Daniel Ricciardo takes a grid penalty. He says he is happy with the position he is in and is encouraged by the progress that has been made by the team.

"We tried really hard to go for it from Q2. It’s a good recovery from yesterday and from previous races. We’ve made some good steps this weekend and I’m happy with that. Last year here we had a good qualifying and this year’s is pretty decent for us. I guess the grid is going to be shuffled a little bit more with all the penalties."