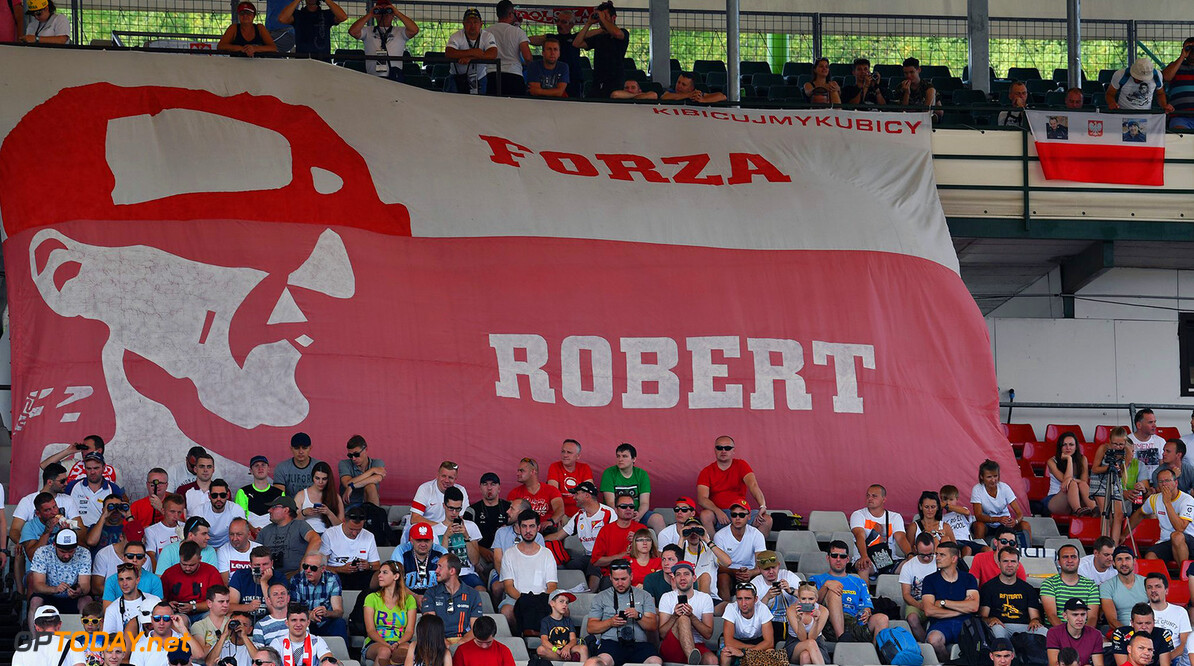 Kubica to run with Williams in post-season test

Robert Kubica will once again take part in a test for Williams, this time at the Yas Marina Circuit in Abu Dhabi, following the conclusion of the 2017 world championship. It is believed that the 32-year-old is the favourite for Felipe Massa's retiring seat, with Williams chief technical officer Paddy Lowe pushing for his drive.

Kubica tested for Renault on multiple occasions this year, but fell away from the team when it announced Carlos Sainz for 2018 alongside Nico Hulkenberg. He then focused his attention on Williams and has since tested at both Silverstone and the Hungaroring.

After the final round of the world championship in Abu Dhabi, Formula 1 will stay behind to run a two-day tyre test for Pirelli. When questioned on whether a comeback for Kubica is on the cards, Lowe said:  "Almost certainly we'll give him one of the tyre test days after Abu Dhabi.

"Obviously it's something that's getting a lot of attention and notice, but it's something we're going to do internally, so we won't tell anyone what we're doing at this stage," the Briton said to Sky Germany.

Another rumour circling is that Sauber is poised to announce its 2018 lineup: "We will do the (driver) announcement, I hope, in Abu Dhabi," team boss Frederic Vasseur admitted. "I think Charles is doing a good job. The situation in Friday morning practice is not easy but he's always consistent and shows a strong pace," he added.