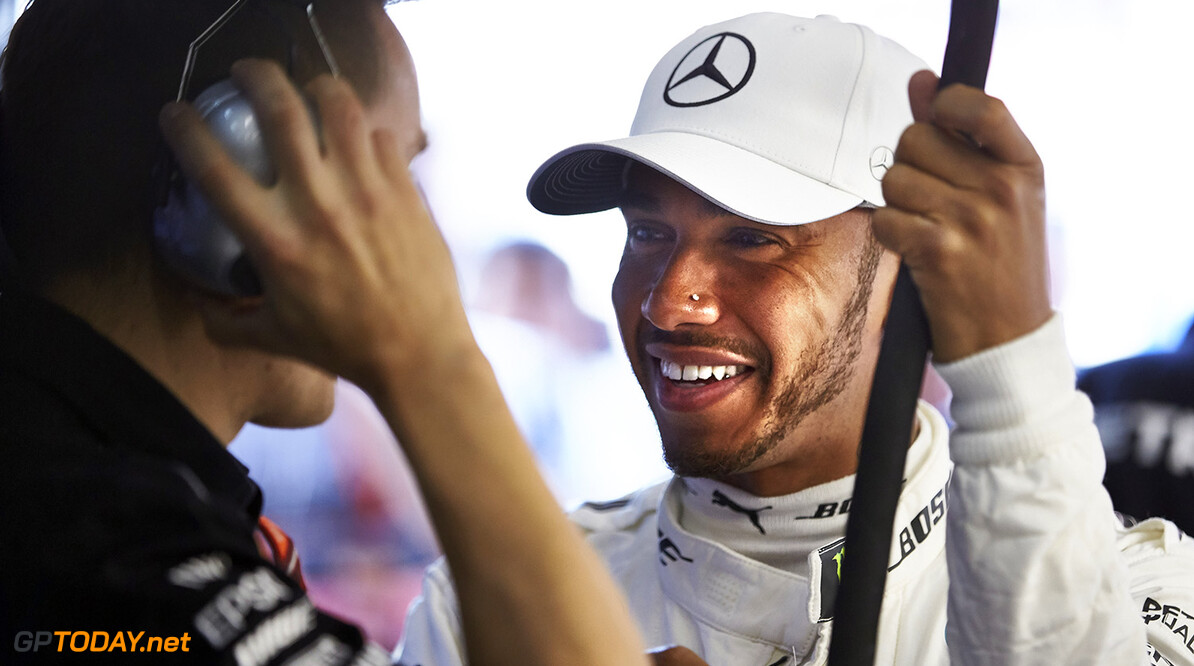 Hamilton claims that talk of sealing title in Austin is "silly"

Lewis Hamilton says that he is not thinking about sealing the 2017 world championship this weekend. The Briton will clinch his fourth title this weekend if he wins the race, and title rival Sebastian Vettel finishes lower than sixth place.

Holding a 59 point advantage, the 32-year-old claims that he is not contemplating the title, believing any current talk of it to be "silly". With Mercedes also hoping to claim the constructor's title this weekend, Hamilton reckons that rivals Ferrari will be strong.

"Talk of the championship win here is silly really," he said. "Sebastian, you cannot expect him to have a difficult weekend, they are going to be quick. He has been strong all year. He has had a few technical issues, but the car is as good as it has always been.

"I honestly don't care if it is here or the last race, as long as it is done," he added. "I think winning [the race] here is the most important thing for me - particularly in the midst of all that is going on in the country. That is a priority for me."

No plans to 'take the knee'

Hamilton has also been vocal around the recent NFL controversy in the US, with many players choosing to 'take the knee' before the American national anthem. When questioned if he was considering taking the knee on Sunday, the three-time world championship denied that he had any plans.

"I don’t really have a position, and I don’t have any plans. Of course there has been a lot of mention of it – not of kneeling, just the whole situation – and I know a lot of people here in America, both black and white people who live in America.

"So I get quite a good view of what is happening here and opinions here in the States about the movement which I think is pretty huge. I’ve posted about it because I respect it highly and I find the movement that Kaepernick started is awesome. I’m very much in support of it. I am here to win, and that is part of my priority at the moment and what I am focused on at the moment."