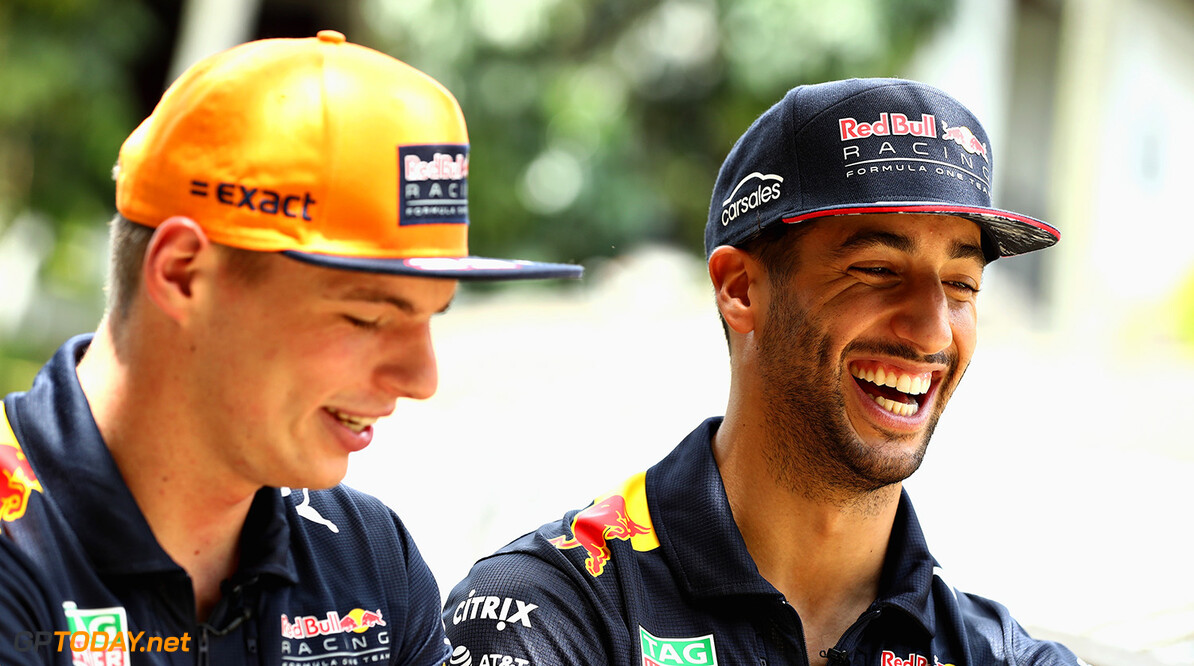 Ricciardo jokes he gave Verstappen half a tenth for his birthday

Daniel Ricciardo has joked that he gave teammate Max Verstappen half a tenth of a second during qualifying as a birthday gift. Verstappen out-qualified his Australian teammate for the eleventh time this year, winning the intra-team qualifying battle.

Verstappen will line-up in third place for tomorrow's grid, while Ricciardo starts alongside him in fourth. Red Bull looked strong all through practice but fell away in the final stages of qualifying when rivals Mercedes and Ferrari turned up the engine power.

"I gave Max half a tenth!," Ricciardo laughed after qualifying. "I wanted better, half a tenth is still half a tenth, but third would have been nicer than fourth. Half a second to Lewis here isn't bad, I got most out of the car, we can be pretty happy with today."

Ricciardo reckons that a one-stop is possible for tomorrow, but knows that track temperatures could transform strategies into a two-stop: "I'm feeling probably the same as everyone else for tomorrow. One stop can be possible, but tyres could become too hot, so mixed strategies, I guess. Once again, I strategically qualified fourth, because that's where I won from last year!"