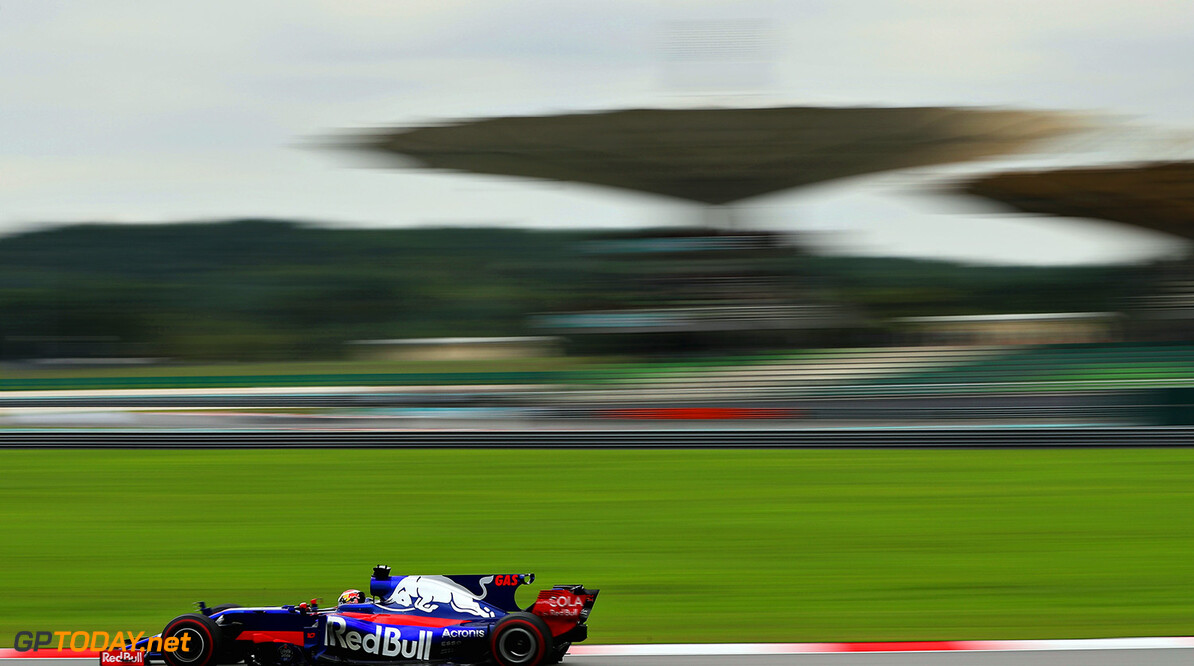 Pierre Gasly was extremely positive after his first outing as a full-time Formula 1 driver. The Frenchman makes his F1 debut for Toro Rosso this weekend at Malaysia, replacing Daniil Kvyat, who has been demoted by Red Bull twice in the last two seasons.

Gasly's first F1 weekend outing took place in wet conditions, but the 2016 GP2 champion managed to set a lap time which slotted him into ninth place. In the afternoon session, Gasly admitted he found out much more information about the car.

"Today felt fantastic," he claimed after Friday running had concluded. "My first day as a Formula 1 driver, first free practices, it’s been a very special day! This morning when I drove out of the garage for the first time was a very emotional moment. I was super happy but at the same time, I was focusing on the work with the team, trying to be as competitive and professional as possible from the very start.

"I think it’s been a positive first day. In this morning’s session, we had tricky conditions but I managed to do quite well in the wet. In this afternoon’s FP2, I kept learning and getting used to the car and all the procedures - I have to say that I feel more and more comfortable, lap after lap. Of course, I still need time to get even more confident, but we are progressing well and going step by step."